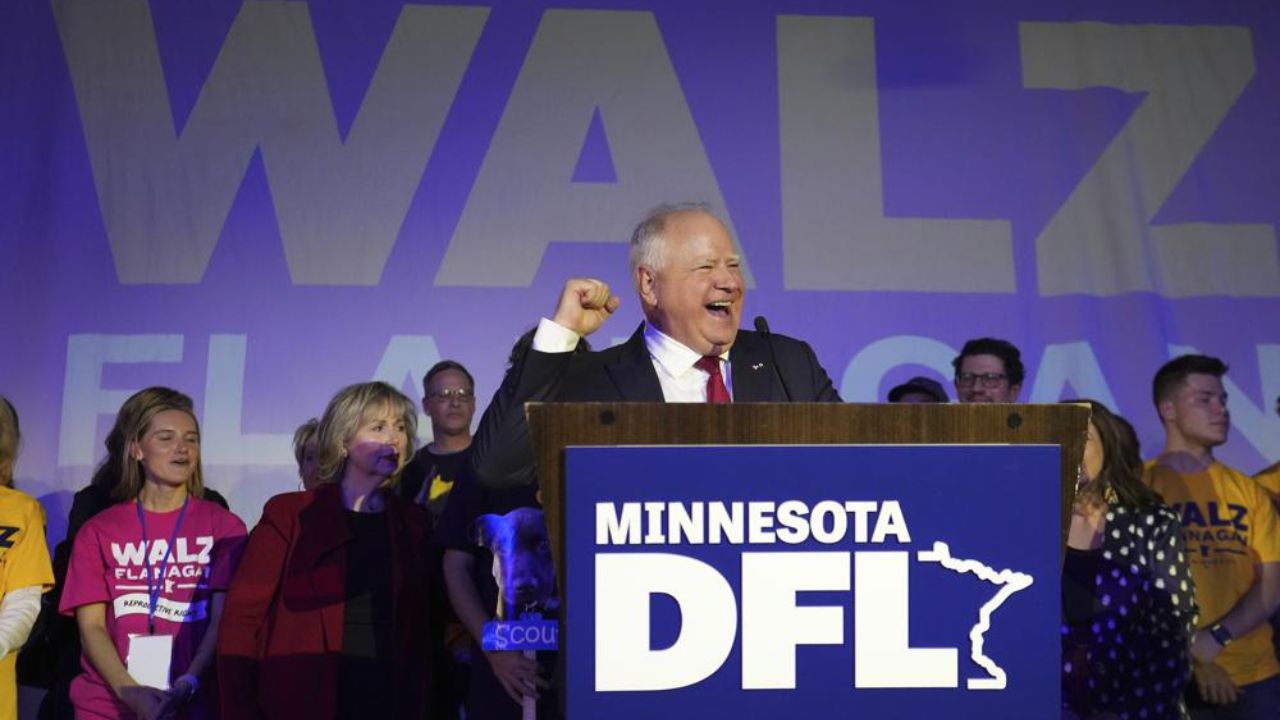 MINNEAPOLIS (AP) — Minnesota Democrats defied expectations in a midterm election that had been expected to go well for Republicans, winning the governor’s race and completing a trifecta Wednesday by winning both houses of the Legislature to take full control of state government for the first time in eight years.

“Tim Walz is the governor for four more years,” GOP challenger Scott Jensen told supporters in a concession speech. “Republicans, quite frankly, we didn’t have a red wave. It was a blue wave. And we need to stop, we need to recalibrate, we need to ask ourselves: ‘OK, what can we learn from this? What can we do better? How do we go forward?’ ”

The only other time that Minnesota saw single-party control in the past 30 years was when Democrats held full power in 2013-14, and the last time any Minnesota Republican won statewide office was in 2006, when Gov. Tim Pawlenty was reelected.

Attorney General Keith Ellison and State Auditor Julie Blaha held narrow leads over GOP challengers Jim Schultz and Ryan Wilson in races that had yet to be called Wednesday morning.

Amy Koch, a former Republican Senate majority leader turned political strategist, said weakness at the top of the GOP ticket and and the party’s alienation of women were major factors in the Democratic sweep.

“We should have wiped the floor with the DFL. We didn’t. We lost,” Koch said in an interview.

She said a stronger showing by Jensen could have lifted other statewide Republicans. And she said she heard from many women, and many Republicans, angry over comments by Jensen running mate Matt Birk against abortion rights and women having careers, including accusing abortion rights supporters of playing the “rape card” by demanding exceptions to abortion bans for rape and incest.

Many women responded by quietly going to the polls and voting for Democrats, she said, and “that’s why everybody is in shock this morning.”