Austin Boe, 40, faces one charge of 3rd-degree damage to property. He was arrested at the Rochester Warming Center, according to the OCSO.

According to the sheriff’s office, deputies reported to the government center at about 8 p.m. Monday, and found messages and anarchic symbols spray-painted in red on the work release center. They claim the stop sign near the center was also spray-painted in red so the “Stop” message was no longer visible. 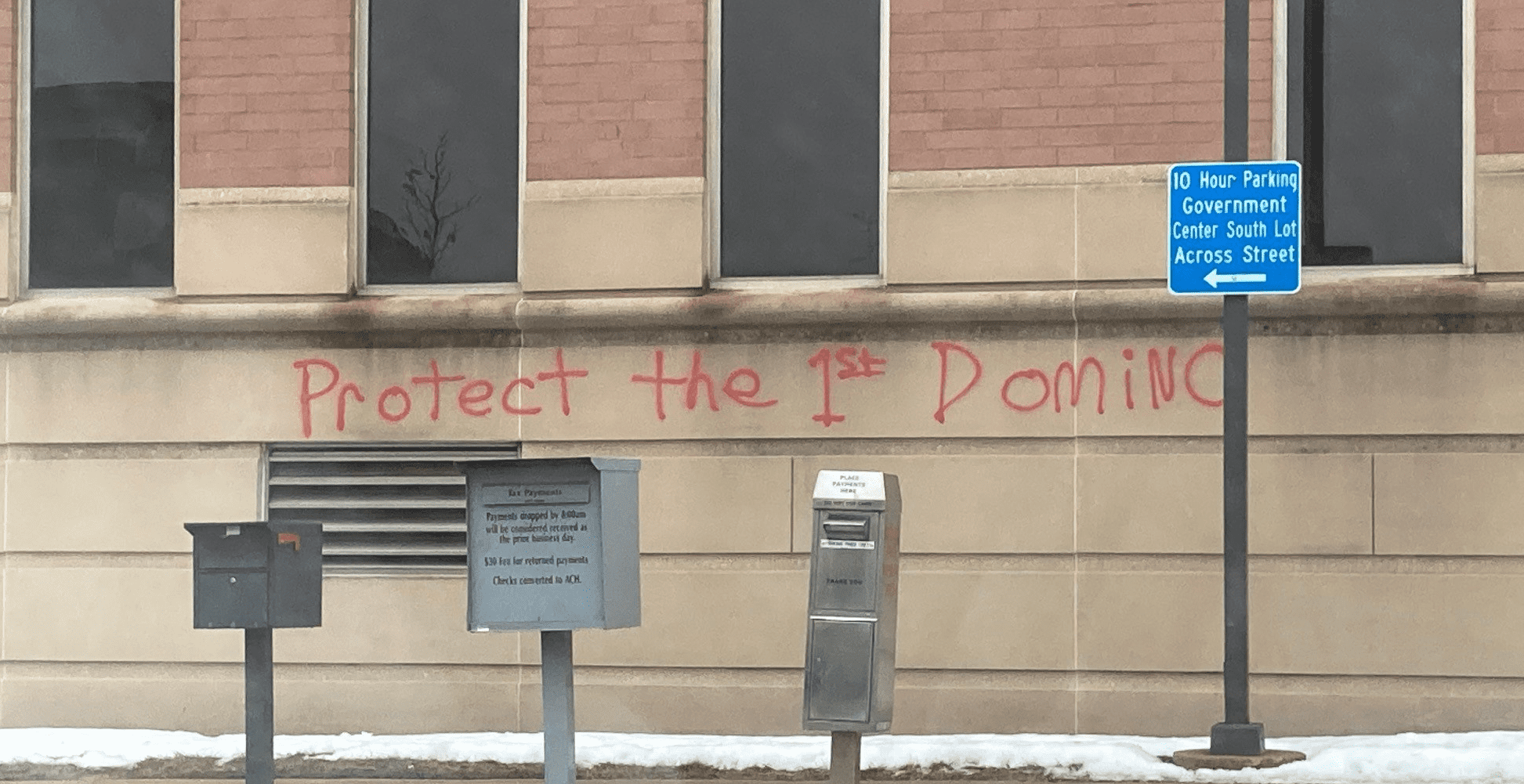