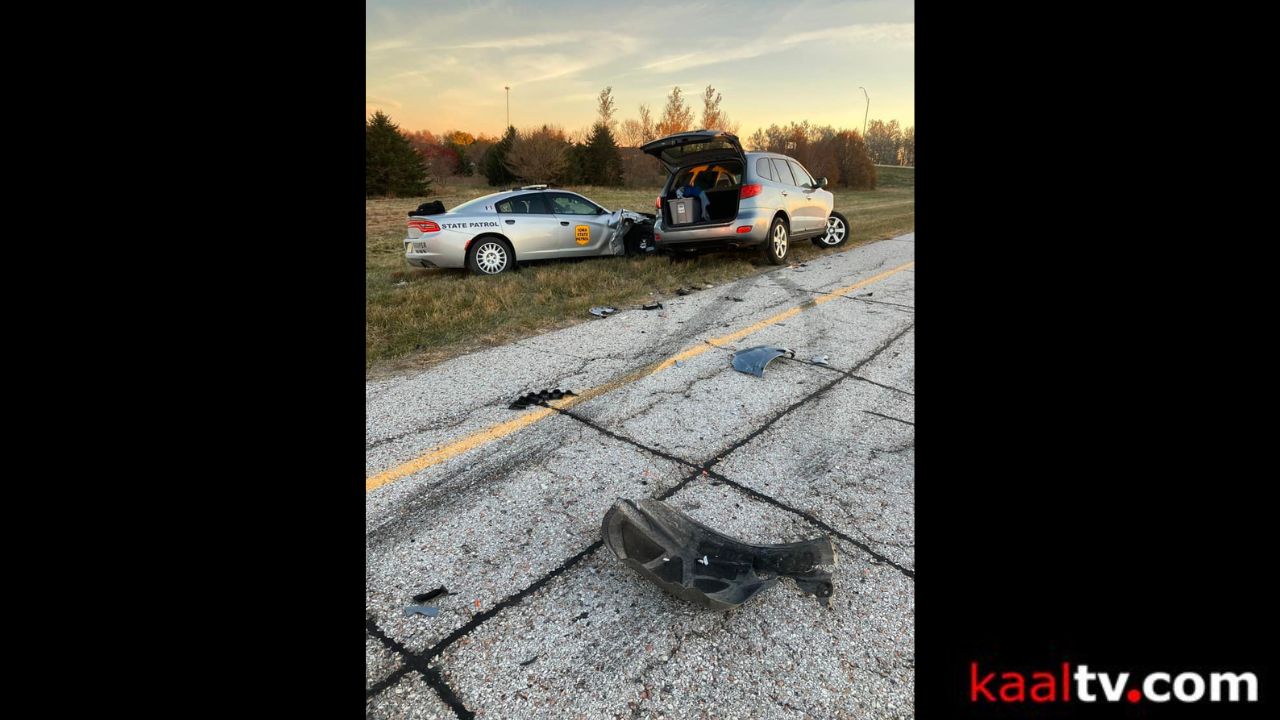 (ABC 6 News) – A police chase that reached speeds of 100+ mph on I-35 in northern Iowa on Wednesday morning led to an arrest and an Iowa State Patrol vehicle being struck.

According to the Iowa State Patrol, Trooper Connor Simpson attempted to stop a vehicle for speeding 100+ mph on I-35.

The driver of the vehicle refused to stop, and at one point rammed Trooper Simpson’s vehicle into the ditch.

The driver was arrested and taken to the Wright County jail. The vehicle was also reported stolen.

The driver’s name was not provided, but they’re facing multiple charges including (listed below):