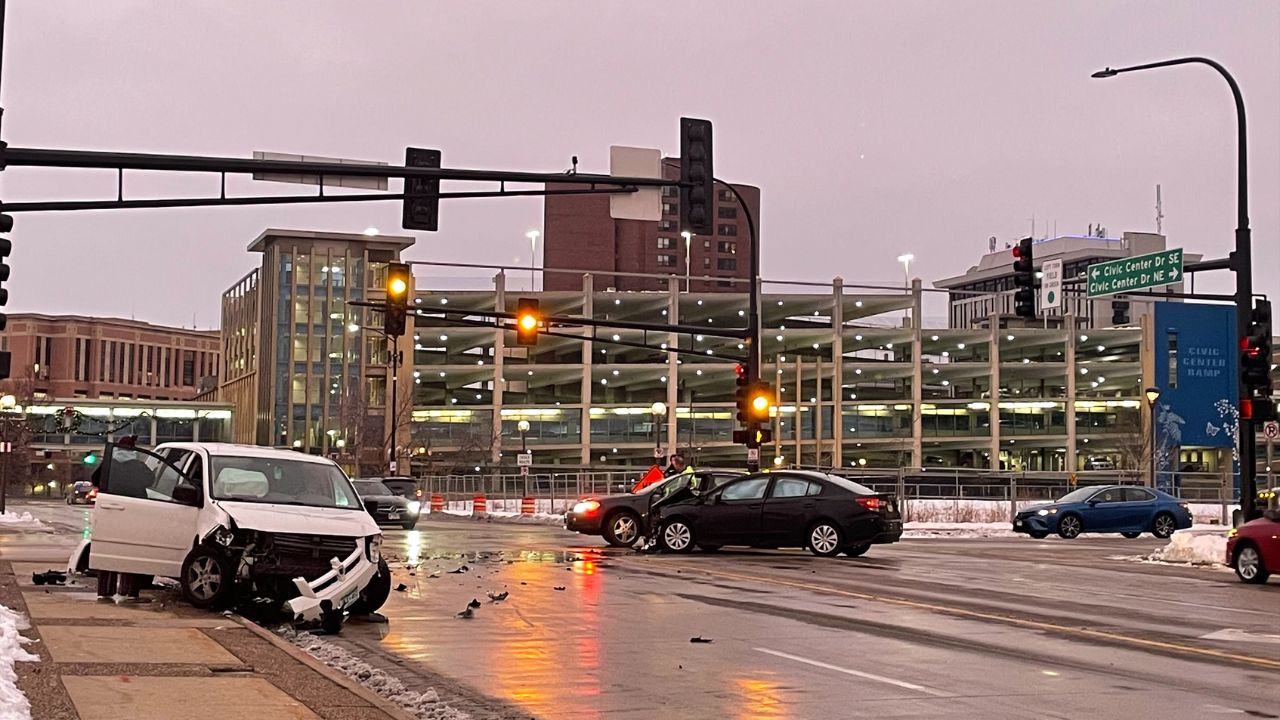 (ABC 6 News) – No major injuries were reported in a two-vehicle crash in downtown Rochester on Monday morning.

Emergency crews from the Rochester Police Department and Mayo Ambulance responded to the crash at the intersection of Civic Center Dr. NE and East Center St. around 7:00 a.m.

An ABC 6 News reporter on-scene said airbags were deployed in both vehicles. A driver of one of the vehicles said she was driving her daughter to school when her vehicle got t-boned. The driver said she got a bruise from the seatbelt and her daughter was shaken up.

There was no information at the time on the condition of those in the other vehicle, however nobody was taken to the hospital.

ABC 6 News will provide further information if and when it becomes available.