(ABC 6 News) – It’s summer, and this time of year its warm sunshine, mixed with some rain. But it won’t be too long that the heat turns into cold and the rains drops turn into snowflakes. And we all know Minnesota winters are unlike any other, so that’s why the Minnesota Department of Transportation started prepping for winter, months ago.

"We do a lot of training during the summer besides our normal highway work. Working, getting our equipment ready, if we need to do any repairs that need to be done," said MnDOT plow driver Jim Hurley.

Getting their drivers and equipment ready is one thing. MnDOT has make sure they are stocked up on salt to keep the ice of the roads. Luckily this year they were able to avoid inflated prices and supply issues because the state buys the salt early and in big quantities to get better deal.

MnDOT director of public engagement and communications Mike Dougherty, "You know we plan for winter long in advance so it doesn’t sneak up on us. So, our salt here, we got about eight to nine thousand tons just in this salt shed alone and most of this was delivered in that may June time period. So probably the months where we’re not thinking about winter at all MnDOT is thinking about winter."

Though it makes the roads safer all that salt is hard on the environment. So crews use a brined which salt water that is sprayed on the road by the snow plows to make the salt more effective. Hurley says, "we use brined to actually activate our salt quicker, so it will start melting and do a bit quicker response on that so we don’t have to use as much salt." 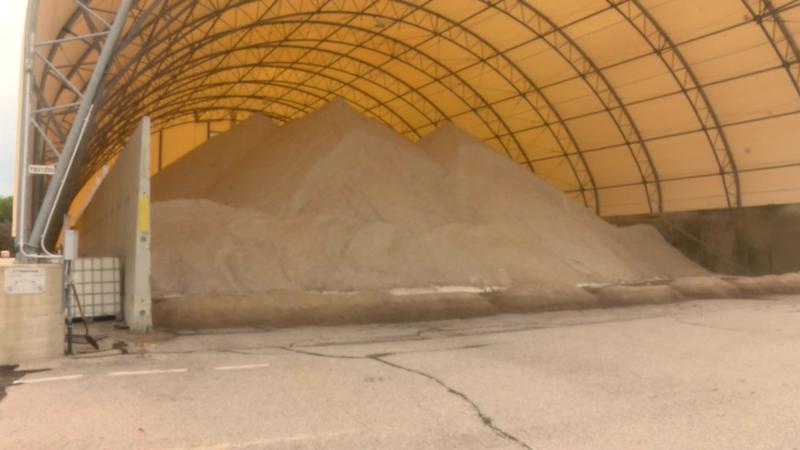 Driving a snow plow is an important but dangerous job. Most of the safety concerns don’t come from battling the elements but rather other divers on the road. Jim Hurley has been driving a snow plow for over three decades and has been hit by 5 other vehicles while in the plow.

So while he and other plow drivers are working year round to make things safer for everyone. He says you can do your part by being cautious of plows on the road. "Slow down, give us a break. We want to get home too, we have families. We’re just trying to get the road open for everybody, just give us a break, give us some room. These truck don’t stop on the dime."

To continue their preparation for the winter months, this fall MnDOT will meet with local law enforcement and first responders to discuss snow emergency strategies and procedures for opening and closing highways during storms.