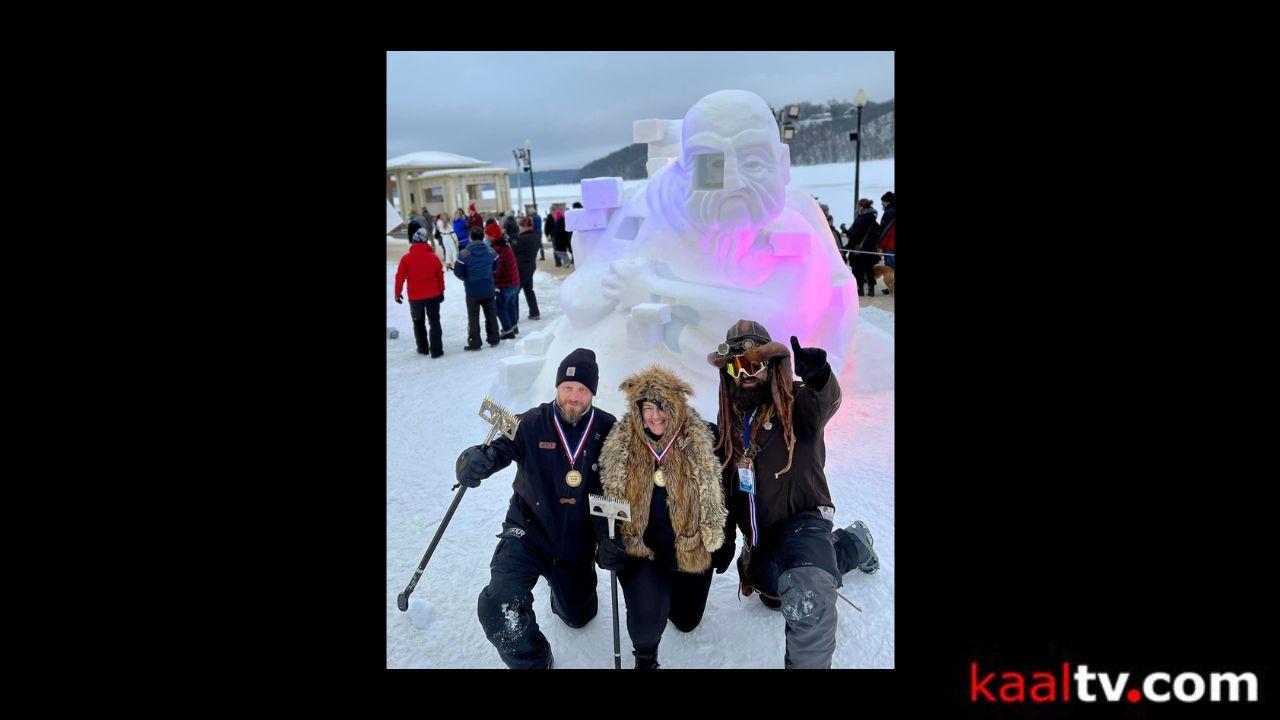 The team describes the sculpture as “the last few years have tested us in ways we never thought possible. Crisis after crisis left us torn, grasping for stability, and questioning ourselves in our journey through life. Each day brought new opportunity to fall apart and then put ourselves back together again, each time on a slightly different way. Just as our emotions over the pandemic were often fractured and tearing apart at the seams, ‘Journey’ represents our sense of fractal identity.”

House of Thune won the competition over teams from all over the world including Finland, Germany, Turkey, Ecuador, and Argentina. Team Flozen, from Florida finished second and Team Turkish, from Turkey finished third. House of Thune was awarded a $4,000 prize for their first place victory.

The World Snow Sculpting Championship was held at Lowell Park in Stillwater from Jan. 18-22.

The sculptures will be on display through Feb. 6 – dependent on Mother Nature.