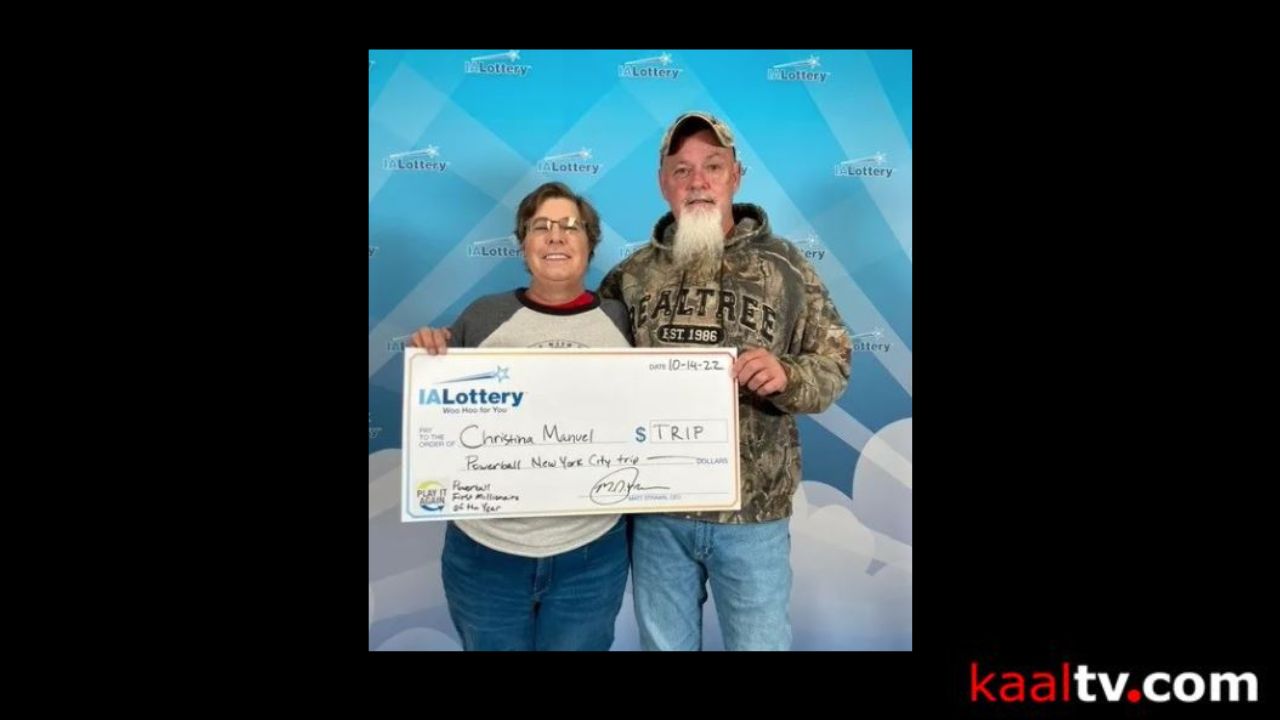 (ABC 6 News) – A lottery winner from a tiny central Iowa community will spend New Year’s Eve in New York and have a chance to win a $1 million prize in a special Powerball drawing.

Chris Manuel, 60, of Swan is among 29 nationwide finalists for the ‘Powerball First Millionaire of the Year’ drawing. The $1 million winner will be announced live on air just after midnight EST during ABC’s broadcast of “Dick Clark’s New Year’s Rockin’ Eve with Ryan Seacrest 2023” from New York’s Times Square.

Manuel, who is a locksmith, has had a trying yet successful year, undergoing cancer surgery and radiation treatments. She said she hopes that in February, she’ll find out she’s cancer free. She said that winning the $1 million prize would mean she could retire early and enjoy time with her husband.

This is the fourth consecutive year for the ‘Powerball First Millionaire of the Year’ promotion, and it’s the first time since the inaugural edition in 2019 that finalists get to travel to New York City for the event.

Each of this year’s finalists won an exclusive trip for two to New York valued at more than $28,000. It includes round-trip airfare; a three-night hotel stay in Times Square; two tickets to a theater performance and other iconic NYC excursions; all meals while in New York; $1,000 spending cash; and New Year’s Eve festivities including a Times Square party and viewing of the iconic ball-drop.

The small town of Swan is located in Marion County. According to the 2020 census, the town has a population of 76 residents. Manuel says she’s heard from nearly everyone in the community and that there will be a lot of people watching the drawing that night!