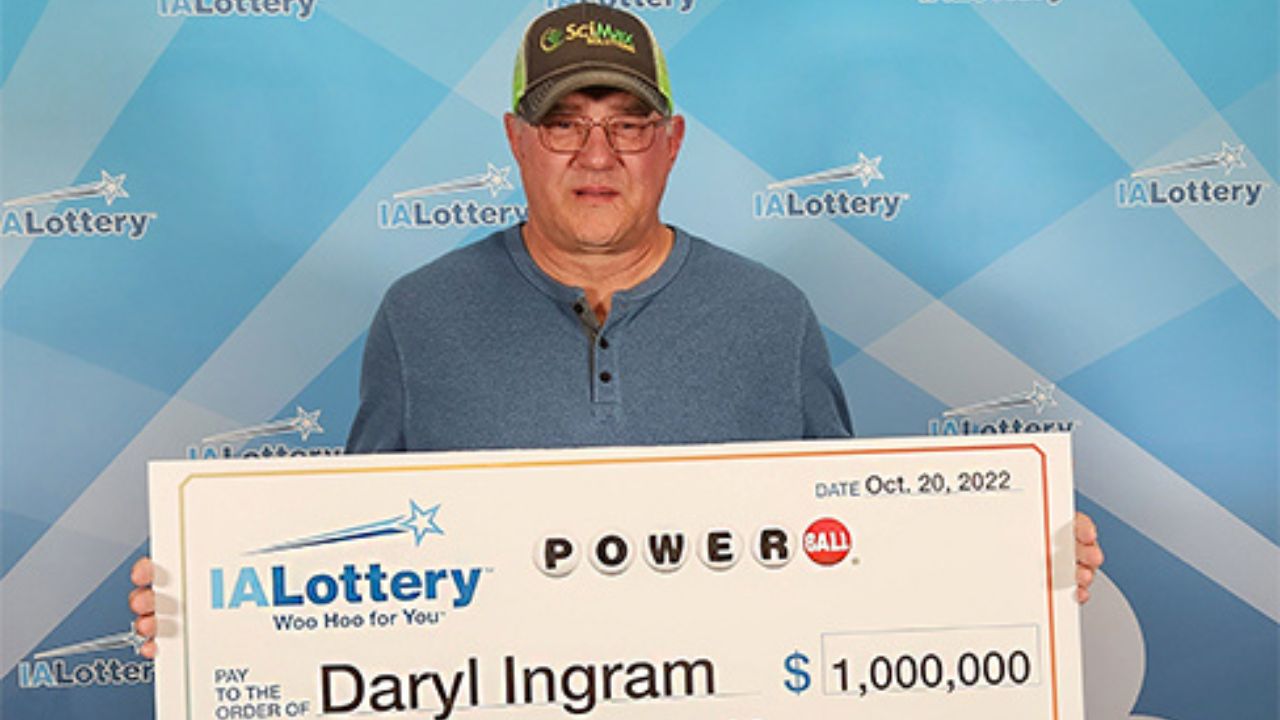 Daryl Ingram, 62, of Mapleton, Iowa, who is retired from trucking and still works in farming, said his luck started when he won $11 in last Saturday’s Powerball drawing. He used some of his winnings from that night to buy plays for the game’s drawing on Monday. One of those easy-pick plays won $1 million.

According to the Iowa Lottery, Ingram said he woke up on Tuesday morning and checked his Powerball ticket. In the process, he misread one of the numbers and thought he only won $100. But, when he went to the local convenience store where he bought his ticket to have it checked, the store clerk told him he’d actually won $1 million.

Ingram bought his winning Powerball ticket at KCK’s Food and Fuel, a convenience store in Danbury, a community of about 320 in Woodbury County. His ticket came within one number of having at least a share of Monday’s $485 million jackpot.

Ingram’s ticket matched the first five numbers, but missed the Powerball to win a $1 million prize. Monday’s winning numbers were: 19-30-36-46-60 and Powerball 25. The Power Play® number was 3

So far in 2022, he’s survived a heart attack and another major health scare, and now, he’s won a $1 million Powerball® prize.

“Unlucky or lucky, one of the two, I don’t know!” Ingram said as he claimed his $1 million prize Thursday at Iowa Lottery headquarters in Clive.

The Iowa Lottery says five lottery prizes of at least $1 million have been claimed so far in 2022 in Iowa. Two more prizes at that level are currently unclaimed

The winners have one full year to claim their prize from the day they won.