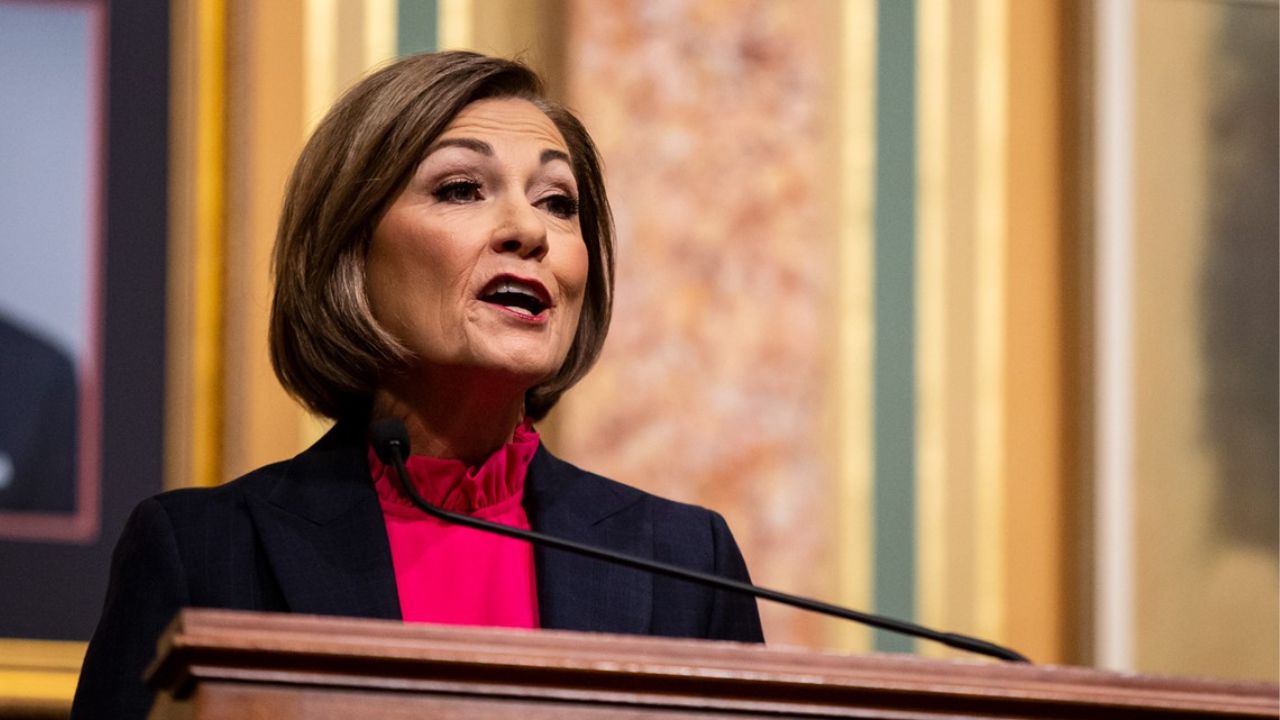 DES MOINES, Iowa (AP) — Iowa Gov. Kim Reynolds will seek a second full term in office Tuesday after a campaign in which the Republican raised more than five times as much money as challenger Democrat Deidre DeJear.

Reynolds was appointed governor in 2017 and narrowly won her first full term a year later, but her run for reelection has never seemed in doubt as she has raised nearly $7.5 million and campaigned on her success in building a $2 billion surplus even as she pushed through tax cuts. Polls show her with a big lead.

DeJear is a Des Moines small business owner with low name recognition. She’s been unable to air TV ads until recently, with the relatively small $1.3 million raised for her campaign.

If she wins, DeJear could be the nation’s first Black woman elected as governor.

In the sole debate between the candidates, DeJear argued that Republicans led by Reynolds had built up the massive surplus by underfunding key services, such as schools, prisons and mental health care programs.

“While we can boast about a surplus we have to think about at what cost. We see the degradation of our education system happening right before our eyes. We’re asking our systems to do more with a lot less,” she said. “That surplus is evidence the Iowa taxpayer dollar is not going to work. It’s just being hoarded.”

Reynolds, who has signed multiple tax cuts into law in recent years, said Democrats were wrong to predict doom if large tax cuts were approved and that Republicans believed Iowans deserved to hold onto as much of their money as possible.

“The bottom line is they think that they know what to do with your money better than you do,” Reynolds said. “They want to take your money and develop government programs instead of giving it back to Iowans and letting them choose what do to with their money.”

Reynolds typically doesn’t acknowledge the role of a surge in federal spending in Iowa’s ability to pile up money in reserve or to spend on programs such as broadband expansion or childcare programs.

At their debate, the issue of abortion sparked the most contentious exchange between Reynolds and DeJear.

Reynolds supports elimination of most abortion rights while DeJear favors legislative action to guarantee the right to an abortion in Iowa. Reynolds has asked the Iowa courts to impose a ban on abortions at about 6 weeks, often before women know they are pregnant, and has declined to say whether she would propose a complete ban on the procedure if reelected.

Reynolds also signed legislation prohibiting transgender girls and women from participating in girls’ high school sports and women’s college athletics while DeJear, an advocate for LGBTQ rights, has said one of her main goals as governor would be to make Iowa a welcome place for everyone.

Republicans believe they have a good chance to capture all statewide offices this year but must convince voters to reject two long-time Democratic incumbents.

Treasurer Mike Fitzgerald, a Democrat, is the longest-serving state treasurer, having been elected in 1982. He is challenged by Republican Iowa Sen. Roby Smith.