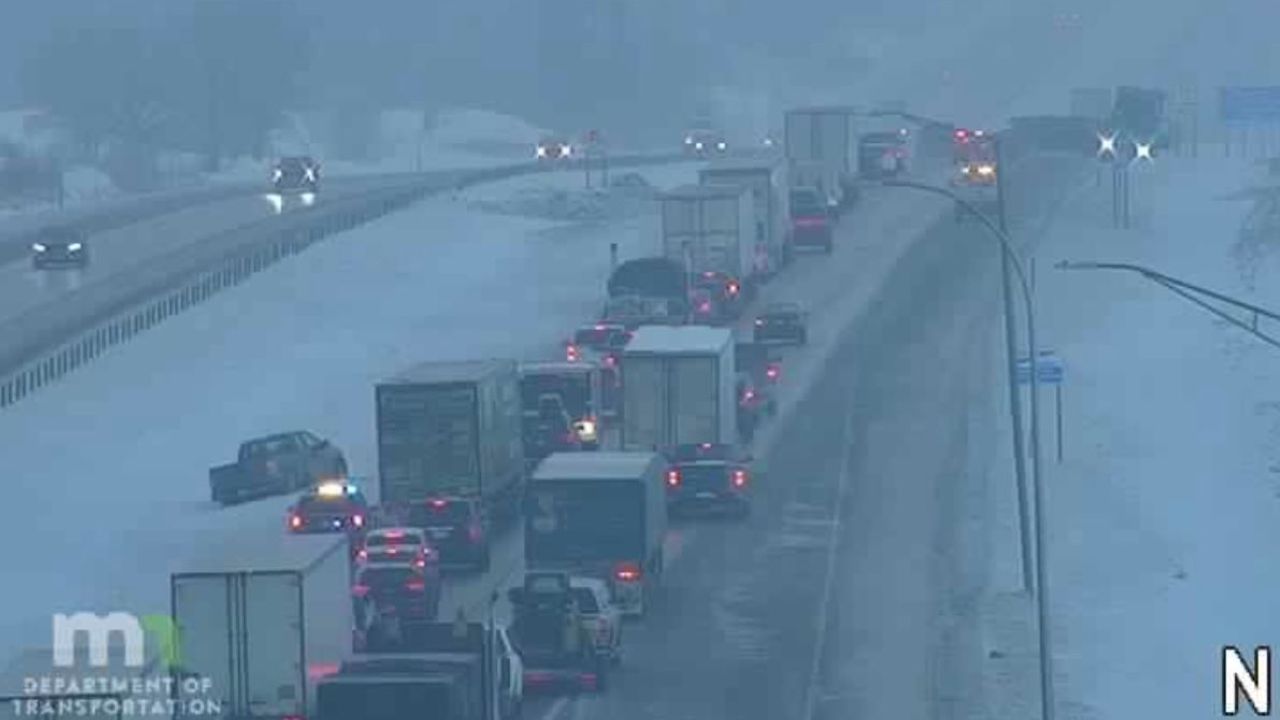 (ABC 6 News) – Light freezing rain that moved through parts of the area overnight and early Wednesday morning was enough to coat some highways with ice leading to crashes and spinouts.

Most of the incidents were north of US Highway 14.

The Pine Island Fire Department responded to a semi rollover around 5:00 a.m. at the northbound Hwy 52 and 100th St. NW exit just south of Oronoco.

The fire department said the semi had left the road, rolled, and landed on the driver’s side. The driver was able to make it out of the semi cab through the windshield with help from law enforcement who initially arrived on the scene. The driver was not injured.

Crews were also able to contain fuel that was leaking from the fuel tanks of the semi. Road conditions were icy which made it challenging for emergency vehicles trying to slow traffic around the crash scene.

After the above accident was cleared, a second crash occurred just south of the area at 10000 Hwy 52. Crews found a vehicle lost control, left the highway in the northbound lanes and rolled into the ditch.

Two occupants were able to make it out of the vehicle with help from law enforcement and were assessed by ambulance crews at the scene. No information has been released on any injuries they may have suffered.

The Minnesota Department of Transportation (MnDOT) also reported spinouts along I-35 and a jackknifed semi that blocked part of the northbound lanes approximately 5 miles north of Faribault just after 8:00 a.m.

Icy conditions were also present on Highway 56. A viewer picture taken near Randolph at approximately 7:30 a.m. shows a fuel tanker overturned in the ditch. The viewer also reported a fire truck responding to the rollover had gone into the ditch, and several vehicle spinouts along the highway.

When snow or ice are on the roads, first responders ask the public to please slow down and give emergency crews a safe area to work. They say If you are involved in an accident, please stay in your vehicle if it is safe to do so, and do not get out and walk on the highway. When vehicles are crashing because of icy road conditions, you are a not protected if you’re outside the car.