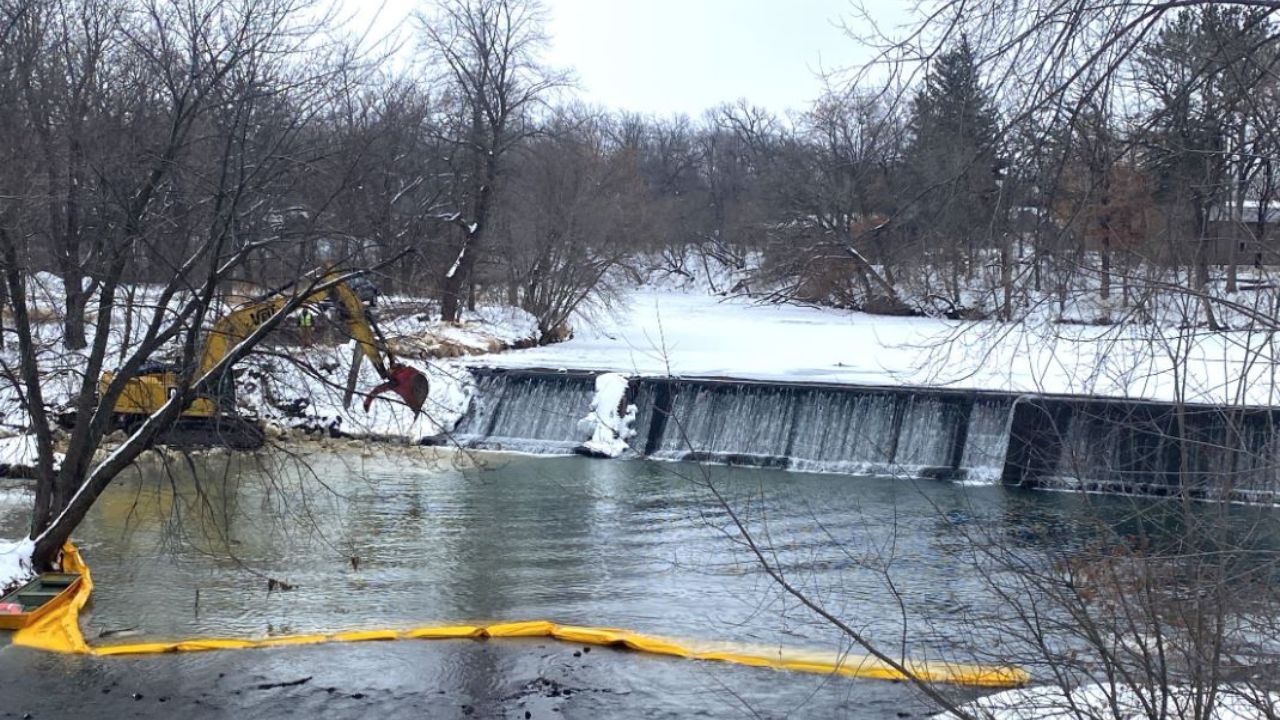 (ABC 6 News) – Hormel Foods Corp. announced they will be strengthening the foundation of Ramsey Dam in an effort to slow the deterioration of the structure on the Cedar River.

Hormel said work on the dam is starting this week and should last about two weeks, depending on the weather. Crews will remove trees and add chunks of rock, or riprap, on both sides of the dam, including filling a large scour hole below it. The work will help to protect the wing wall and both ends of the dam.

Heavy machinery will access the north side of the dam across the river from The Old Mill Restaurant on Austin’s northern city limits; only foot access will be needed on the restaurant’s property. In spring, crews will stabilize the site’s soils and install warning signs above the dam.

Tom Raymond, director of sustainability for Hormel Foods said, monitoring systems will be installed at the dam’s south abutment to help track any changes in flow or seepage that would indicated the need for additional repairs or maintenance.

“The investment and improvements being made to the Ramsey Dam will keep the structure and surrounding area safe for recreational users,” Raymond said. “In addition to creating a new canoe launch, preventing erosion and improving public safety are important priorities of this project.”

A donation from Hormel Foods will cover the cost of rock materials needed to build a walk-in access for canoes and kayaks below the dam next to the 11th Place NE bridge which in its current setup is challenging for paddlers.

“With the river flow and shoreline dropping immediately into a few feet of water, the site really needs a walk-in access for paddlers. This access, designed by the City of Austin’s Public Works, will be greatly appreciated by the public along with the support by Hormel Foods to protect the dam and Ramsey Mill Pond behind it.”

Ramsey Dam creates nearly one mile of backwaters on the Cedar River known as Ramsey Mill Pond, which – at about 53 acres – is the largest body of water in Mower County. It also is Mower County’s most-popular destination for ice fishing.

Originally built in 1871-1872, Ramsey Dam provided river water to power a flour mill that operated until 1933 in the building that has hosted The Old Mill Restaurant since 1949. According to Raymond, Hormel Foods acquired the dam nearly 50 years ago likely to protect its downstream sources of groundwater for the company’s production facility. The company, however, no longer uses independent wells because Austin Utilities supplies its water.