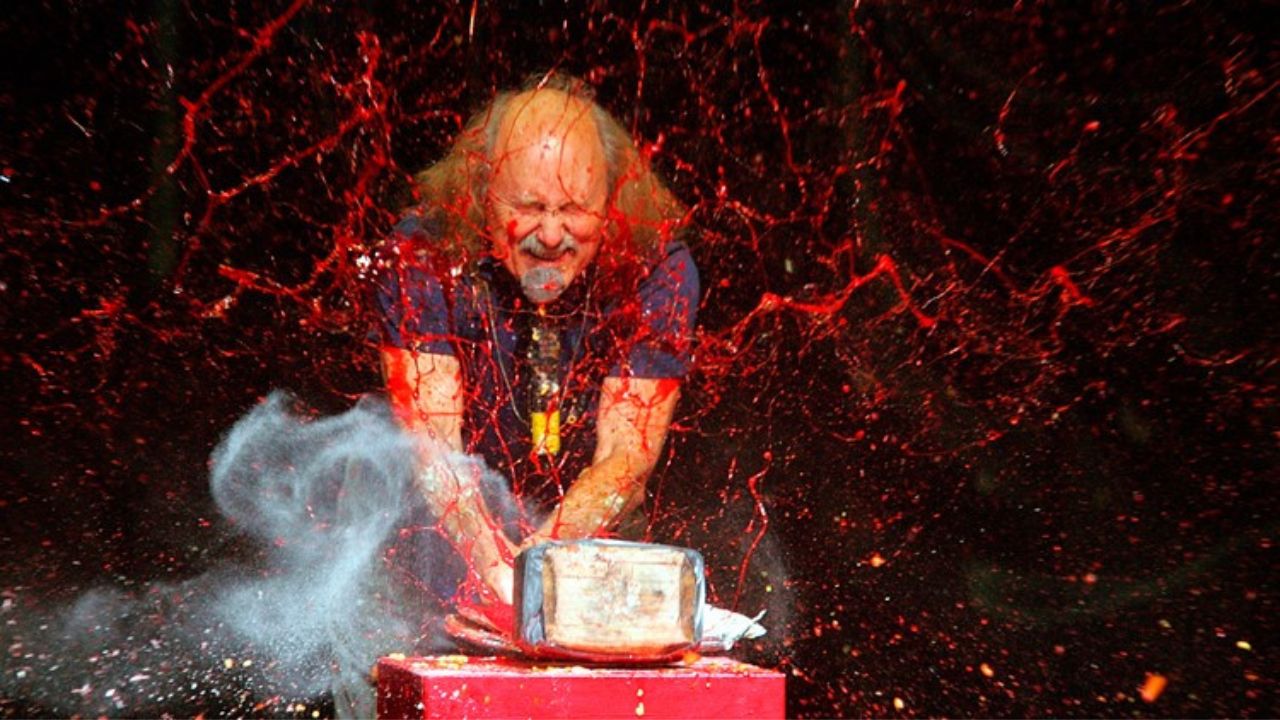 FILE - In this Nov. 18, 2006 file photo, comedian Gallagher smashes strawberry syrup and flour at the end of his performance at the Five Flags Theater in Dubuque, Iowa. (Jeremy Portje/Telegraph Herald via AP, File)

(ABC News) – The legendary comedian known as Gallagher has died at the age of 76.

After a short health battle, Gallagher, born Leo Gallagher, succumbed to his ailments and passed away surrounded by his family in Palm Springs, California. He had previously suffered numerous heart attacks, something he and David Letterman talked about on an appearance a few years back.

Gallagher became a household name in 1980 with his comedy special “An Uncensored Evening’, which was directed by Mike Nesmith of The Monkees fame. This was the first comedy stand up special ever to air on cable television. He went on to do 12 more for Showtime over the next 27 years. Only George Carlin has done more.

Gallagher rose to fame from a clever bit he did with a hand-made sledgehammer he dubbed the ‘Sledge-O-Matic’, at which the end of the bit he would smash food onstage and spray it into the audience. That was something else he liked to claim credit for, which was physically engaging the audience in that manner.

He was the #1 comedian in America for 15 years, with some of that due to the popularity of his stand-up specials airing on MTV in its early days, bringing him an entirely new audience.

While his counterparts went on to do sitcoms, host talk shows and star in movies, Gallagher stayed on the road touring America for decades. He was pretty sure he held a record for the most stand up dates, by attrition alone. He toured steadily until the Covid-19 pandemic, after which he spent his time between visiting his son, Barnaby, and his daughter Aimee, whom had appeared with him on his specials when she was little.

Gallagher was known for his edgy style, brilliant wordplay, and inventive props. In his later years he did a long-running Geico commercial, appeared in his first movie (The Book Of Daniel), and launched a farewell tour.

While Gallagher had his detractors, he was an undeniable talent and an American success story.