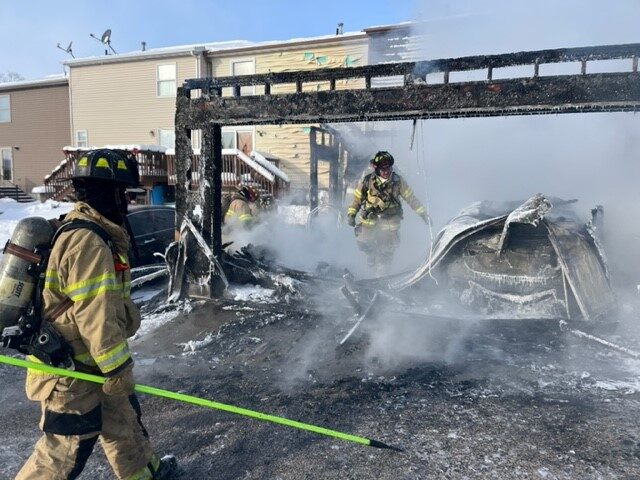 Crews arrived to find the detached garage fully involved with the fire spreading to the nearby apartment building, likely due to the sustained heavy winds.

Officials say an exterior deck also caught fire as well as some siding. The detached two-stall garage as well as a vehicle parked inside the garage are considered a total loss.

Damage to the nearby home and deck was limited to the exterior only but will require repair. A second vehicle parked outside the garage sustained some damage due to heat but is not considered a total loss.

The cause is not known at this time, but the Fire Marshal office will be investigating in the coming hours and days.