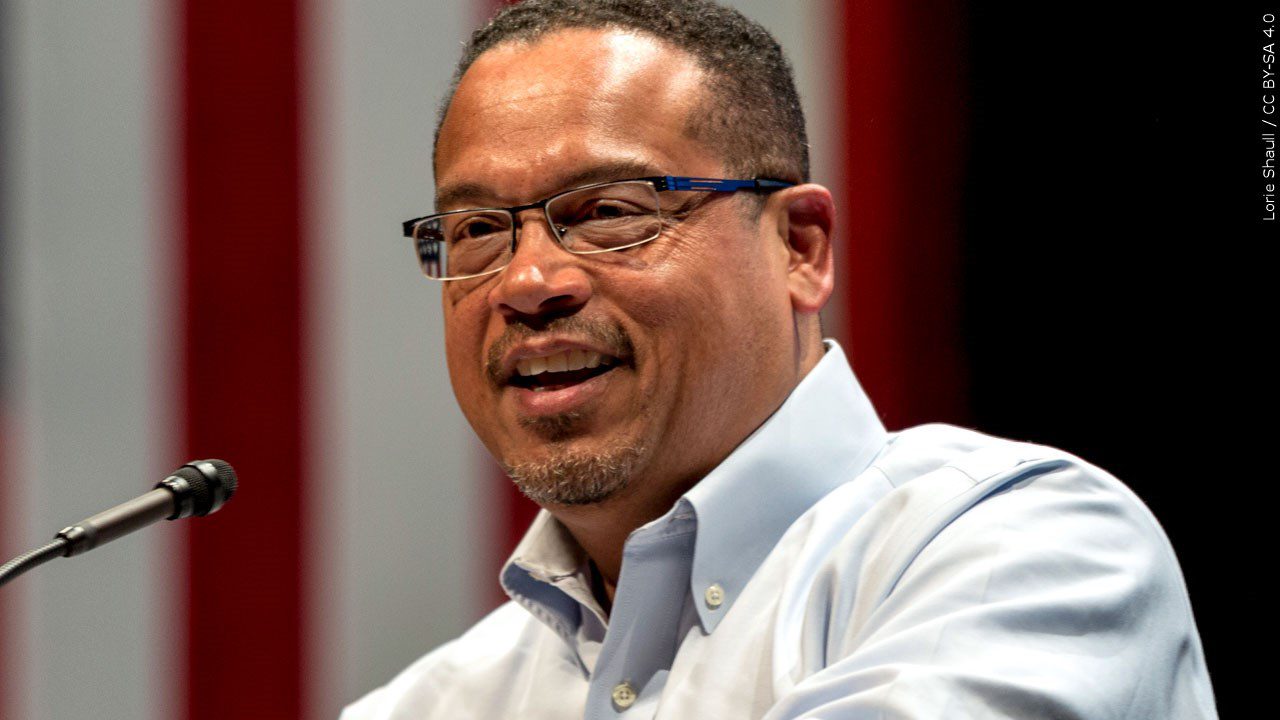 The Associated Press had not called the race by Wednesday morning, but Ellison claimed victory. With results nearly complete, Ellison led Schultz by about 21,000 votes, or nearly 1 percentage point — well outside the margin for a publicly funded recount.

“Millions of dollars were spent to sow division, hate, and fear,” Ellison said in a statement. “And we overcame it: we were positive, and Minnesotans responded.”

Ellison delivered remarks Tuesday night in anticipation of victory in a YouTube video.

Schultz did not immediately respond to a request for comment.

Schultz, a 37-year-old hedge fund attorney with no courtroom experience, is a political newcomer who has been trying to blame Ellison for rising crime. He is seeking to become the first Republican to win Minnesota’s attorney general race since 1966.

Ellison, who burst on the national scene as the first Muslim elected to Congress in 2006, left that safe seat behind for his first run as attorney general in 2018, saying it was his best chance to push back against the policies of Donald Trump. Ellison just squeaked into office, and his progressive policies have made him a polarizing figure in the eyes of some voters.

Ellison led the prosecution team that won a conviction of former police Officer Derek Chauvin in George Floyd’s killing, and obtained guilty pleas from other officers. He also stepped in to prosecute a suburban Minneapolis police officer who fatally shot a Black motorist, Daunte Wright, in the midst of Chauvin’s trial. Ellison said his office had successfully prosecuted 50 serious crimes, and contrasted that with Schultz’s lack of courtroom experience.

Schultz made crime his top issue. He accused Ellison of being at the forefront of the “defund the police” movement that arose from Floyd’s death in Minneapolis, and he promised to shift the office’s attorneys away from their traditional duties of consumer and labor protection into a major expansion of the criminal division. He also accused Ellison of doing too little to stop a massive scheme that federal prosecutors say stole at least $250 million from a program to feed children during the pandemic.

Ellison supported a failed Minneapolis ballot measure in 2020 that would have replaced the city’s police department with a vaguely defined public safety department. But he maintained that he never supported defunding police, just reforming law enforcement. And he accused Schultz of misstating the role of the attorney general’s office in fighting violent crime, pointing out that it can only take over a criminal case at the request of the local county attorney or the governor.

After the Supreme Court overturned the Roe legal precedent that guaranteed a national right to abortion, Ellison made the issue central to his campaign. He vowed to use his office to defend abortion rights, and reminded voters that Schultz had vowed to go on “offense, offense, offense” against abortion when he was trying to win the GOP nomination.

“I’m pro-life and I’m not ashamed of that,” he said, but accused Ellison of using the issue as a distraction.