Diocese of Winona-Rochester to build pastoral center in Rochester

(ABC 6 News) – Bishop Robert Barron, of the Diocese of Winona-Rochester, announced on Thursday plans to build a new Pastoral Center in Rochester.

Barron said this wouldn’t have been possible without the generosity of an anonymous benefactor, “without the tremendous generosity of the donor, this could not have been possible. Clearly a gift of this magnitude helps us to move forward in our mission of spreading the Gospel of Jesus Christ in Southern Minnesota. My heart is filled with gratitude.”

The 8-million-dollar donation is equal to the cost of construction for the new pastoral center.

Moving the Pastoral Center to Rochester places the Bishop’s office closer to the population center of the Diocese.

“My prayer this morning is that our new pastoral center will allow the Diocese of Winona-Rochester to fulfill its evangelical mission more effectively than ever,” Bishop Robert Barron said. 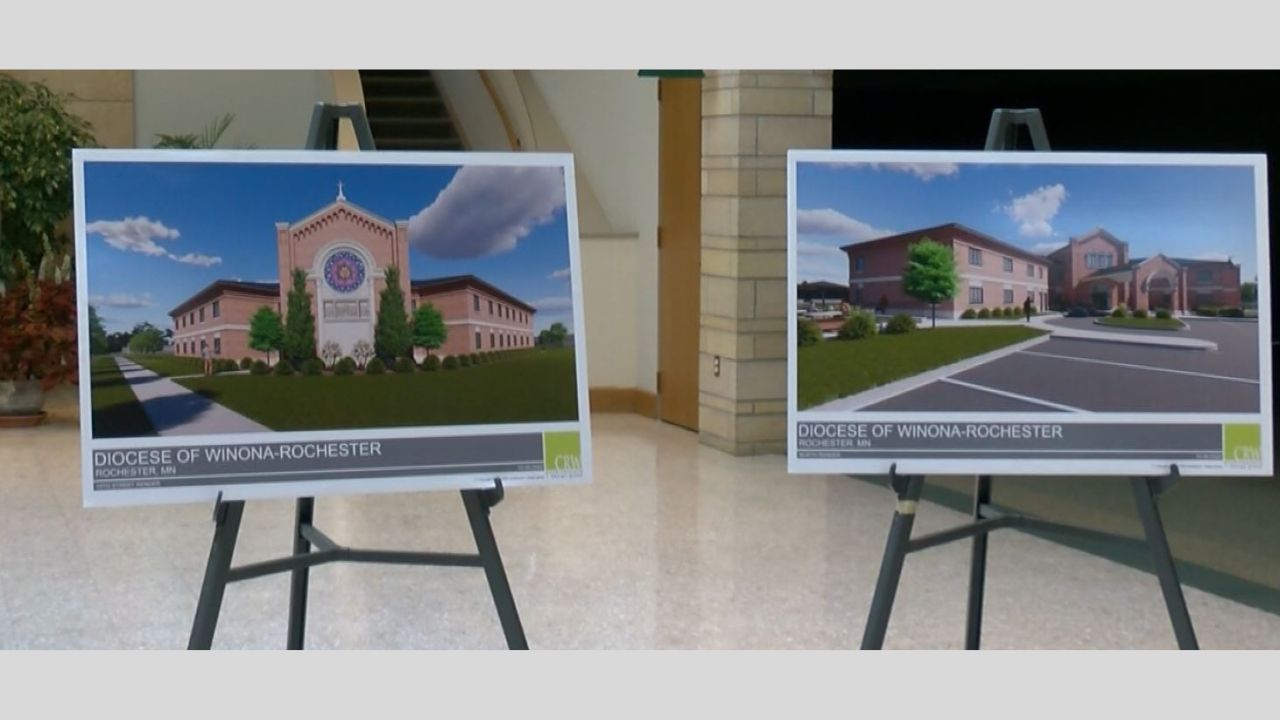 Church leaders say this project has been discussed for years, but they were unable to move forward as they were working through bankruptcy. But Bishop Barron explained the final payment was made last month and they are ready for the next chapter.

The Diocese hopes to have the new Pastoral Center built and to be moved in by May 2024.

“It is a new chapter, it is. We can be so proud of the church even though we’ve been through some really difficult and challenging times but I want to call us to unite,” Barron said.

The Diocese says the population living in the area between Rochester and Mankato now comprises over 65% of Catholics in the diocese.

In 2018, St. John the Evangelist Parish in Rochester was elevated to the status of a Co-Cathedral. The Diocese says now it has become apparent that the Diocese would be better-served by relocating the Pastoral Center to the City of Rochester.