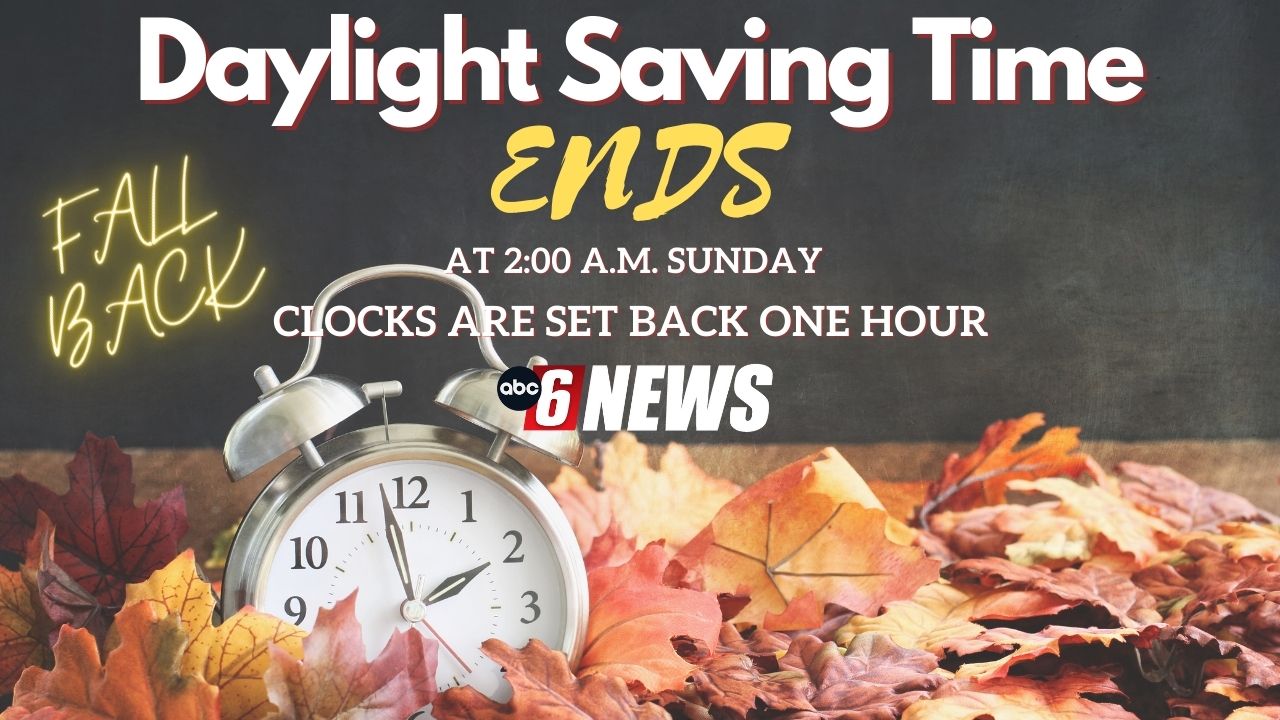 (ABC 6 News) – It’s that time of year again where clocks will need to be adjusted by one hour.

Daylight Saving Time will end at 2:00 a.m. Sunday. Therefore, we “fall back” and any clocks will need to be set back one full hour.

The concept of Daylight Saving Time was introduced to the U.S. during World War I as a way of conserving fuel and power by extending daylight hours. The U.S. would do away with it after the war, but some states still observed it which caused confusion between time zones along rail lines.

The Department of Transportation was created in 1966 to monitor transportation safety and regulate daylight saving time across the country.

In 2005, Congress amended daylight saving and extended it from March to November.

There are some states that don’t observe daylight saving time. They are, Hawaii, American Samoa, Guam, the Northern Mariana Islands, Puerto Rico, the Virgin Islands and most of Arizona.

Congress is looking to extend daylight saving time from the usual March to November period to the entire year with the Sunshine Protection Act of 2021. In March, the Senate unanimously passed the bill. It still awaits a House vote. If it becomes law, it means the clocks will not change after the “spring forward” in March 2023. But for now, daylight saving time remains.