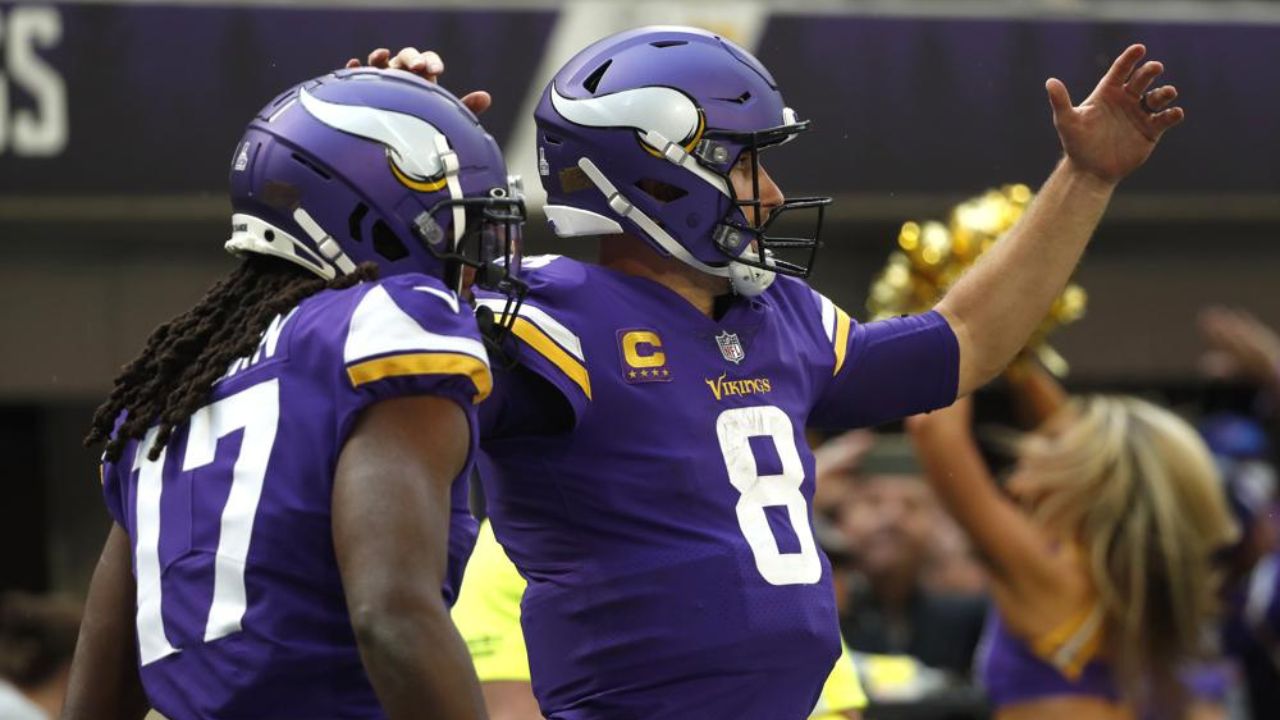 Minnesota Vikings quarterback Kirk Cousins (8) celebrates with teammate K.J. Osborn (17) after scoring on a 17-yard touchdown run during the first half of an NFL football game against the Arizona Cardinals, Sunday, Oct. 30, 2022, in Minneapolis. (AP Photo/Bruce Kluckhohn)

(ABC 6 News) – Minnesota Vikings quarterback Kirk Cousins has been named NFC Offensive Player of the Week, his third time winning the honor as a Viking and seventh of his career.

Cousins was honored by the NFL for his efforts in the Vikings miraculous come-from-behind victory over the Indianapolis Colts last Saturday. The Vikings were down 33-0 at halftime, and then orchestrated the largest comeback in league history by defeating the Colts, 39-36 in overtime.

Cousins threw for 460 passing yards and 4 touchdowns in the Vikings win. It was the teams first win over the Colts since 1997.

Also, Cousins passed former Vikings quarterback Daunte Culpepper for the third-most passing yards in franchise history, doing so in only 5 seasons with the team.

Cousins is the sixth Vikings player to win NFC Player of the Week this season under head coach Kevin O’Connell which ties Dennis Green in 1992 for the most by a first-year head coach in team history.

The Vikings will host the New York Giants on Saturday, with kickoff scheduled for 12:00 p.m. They will then travel to Green Bay on New Year’s Day, and Chicago for their final regular season game.