(ABC 6 News) – Extra law enforcement will be posted at Century High School in Rochester for Homecoming festivities over the weekend, after a threatening note was found at the school Thursday night.

The Rochester Public School District said the threat was found in a bathroom at the school.

The message to parents is as follows:

On Thursday evening, a message was discovered written in the Century High School building threatening a school shooting on 10/1/22. Century leadership and District administration worked late into the evening investigating this threat. Law enforcement have been informed of the situation and we have increased police presence at Century today and into the weekend during homecoming.

At this time, we are not canceling homecoming events. We will notify parents, students, and staff of any changes to the homecoming schedule if and when such changes occur. 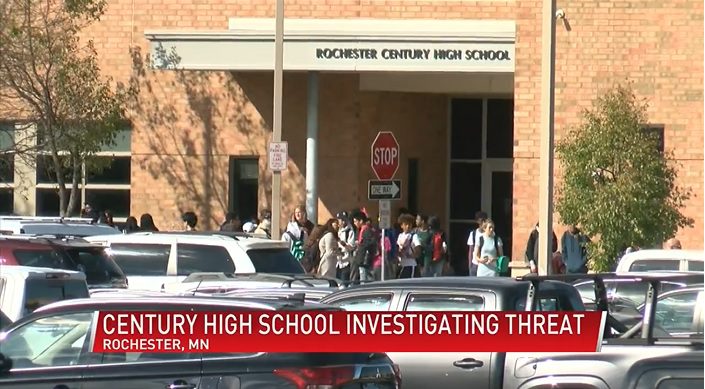 Please note that if your student leaves school for the day, they will not be permitted to attend the dance tonight.

We ask that you communicate with your student(s) that if they hear of anything, to let a trusted adult know immediately.

Thank you for your partnership in keeping our students safe.”

Rochester police said they have been informed of the situation and said there will be extra police positioned at all the Homecoming events over the weekend.

ABC 6 News spoke to many parents in the district who said they will be on alert but won’t be making their kids stay home.

ABC 6 News will update this story as more information is available.