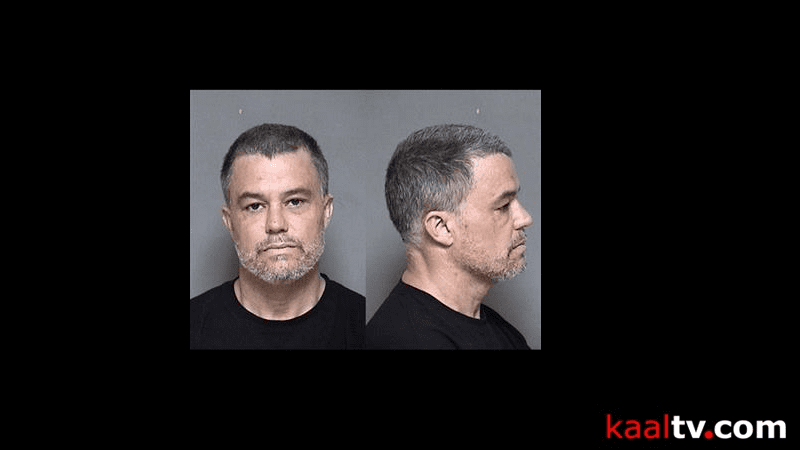 (ABC 6 News) – A Byron man is facing DWI and assault charges after Rochester police arrested him outside a NW shopping center.

According to court documents, Rochester police responded to Glynners Pub on Broadway after being told Bryce James Bjork, 48, had been spotted at the bar.

Bjork was convicted of burglary, domestic assault, and damage to property, as well as driving after license revocation, according to Minnesota Court Records Online.

One of Bjork’s probation conditions, according to court documents, was to abstain from alcohol.

According to the criminal complaint, a Rochester police officer saw Bjork leave the parking lot at about 3:45 p.m. Sunday, Nov. 20, drive down Northbrook Lane NW and pull into a shopping center.

The officer claimed he told Bjork to get back into his truck when he exited, put up his hands to stop him, and Bjork first swatted at his hands, then shoved him when the officer put his hands on Bjork’s chest and told him to face the vehicle.

Court documents allege that Bjork attempted to instigate a fight, but was held off at taser point until more officers arrived to handcuff him.

RPD then claimed that Bjork resisted arrest, pushed officers, and kicked one in the leg/side area after being taken to the ground.

Bjork allegedly continued to threaten the officer who arrested him on the way to the ADC, and resisted sobriety tests but blew a 0.12 about an hour after he was arrested.

The legal limit to drive in Minnesota is a blood alcohol concentration of 0.08 percent.

Bjork faces two charges of driving while intoxicated, a charge of 4th-degree assault against a peace officer, one charge of terroristic threats, and a count of obstructing the legal process.