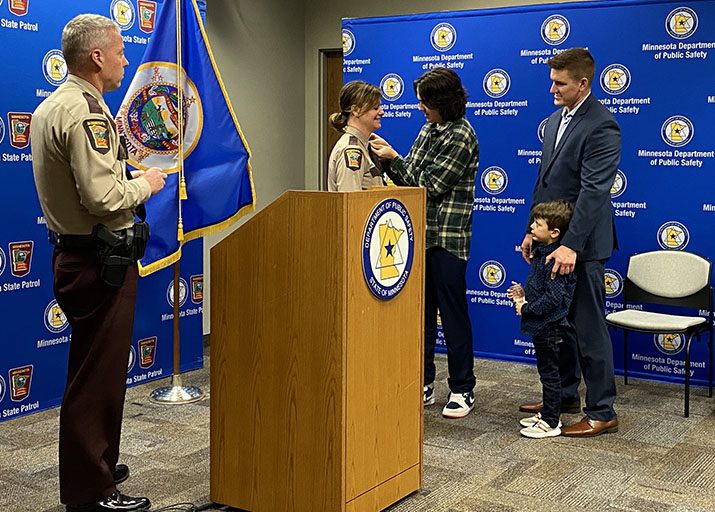 Lt. Col. Christina Bogojevic is stepping into a new role with the Minnesota State Patrol. Bogojevic was promoted to the agency’s second-in-command on December 7.

Bogojevic joined the Minnesota State Patrol in 2003. She had been a part-time law enforcement officer in Grand Meadow, Minn., and was looking for a full-time position. She decided on the State Patrol in part because of the training they offered, the ability to move throughout the state, and the leadership of then-Col. Anne Beers.

She was also passionate about the State Patrol’s core values: respect, integrity, courage, honor and excellence. It’s important to treat the people who live, work and play in Minnesota with respect, always do the right thing and have the courage to go out every day and work for the people of Minnesota without knowing what the day is going to bring.

“I truly do believe that we are all in this together: the State Patrol, local law enforcement, and the residents of Minnesota. Not one of us can do it all. We work together to create a safer Minnesota,” Bogojevic said.

She is grateful for the opportunity to work with Col. Matt Langer and all of the other troopers and leaders in the state to serve the people of Minnesota.