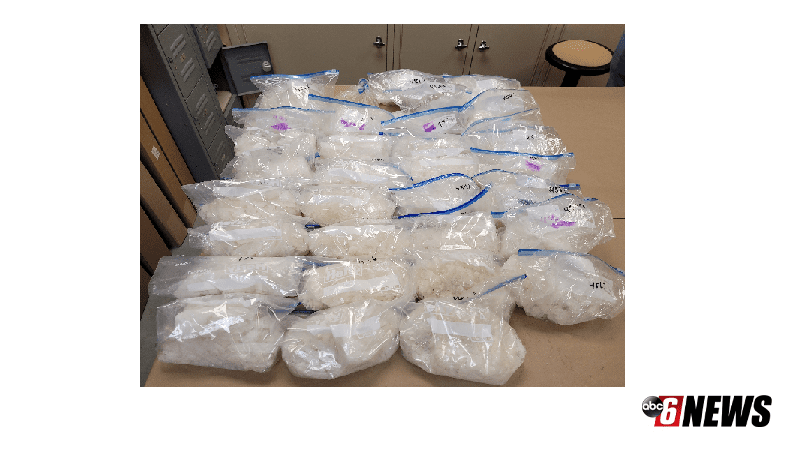 (ABC 6 News) – The Blue Earth County Sheriff’s Office announced the seizure of 31.5 pounds of methamphetamine at a Shakopee home Wednesday.

According to Lieutenant Jeff Wersal with the BECSO, agents with the Minnesota River Valley Drug Task Force executed a search warrant in Blue Earth County and learned that about a quarter-pound of meth had come from the Shakopee residence.

Agents made controlled purchases of meth from the residence and were granted a search warrant based on that evidence.

According to the BECSO, agents with the MRVDTF, Southwest Metro Drug Task Force and Minnesota Bureau of Criminal Apprehension arrested three men who have not yet been identified, and searched the property, seizing another 31.5 lbs of methamphetamine.
The meth was buried in water coolers in a wooded area near the house, packaged in one-pound bags.

A garden shed on the property also contained what appeared to be a liquid methamphetamine lab.

The BECSO believes the men who were arrested may be from Mexico, and may have assisted in smuggling the meth in liquid form before converting it to crystal meth to be packaged and sold.

The arrestees are at Scott County Jail, according to the BECSO, and the investigation is still considered active.