Austin man pleads not guilty to string of robberies

(ABC 6 News) – A man facing nearly a dozen charges tied to a rash of armed robberies in Austin made his initial appearance in court Thursday.

Adrick Mims, 26 of Austin, is facing a total of eight charges in three separate cases.

Mims faces three counts of robbery while possessing a dangerous weapon, four counts of 2nd-degree assault, and one count of fleeing a peace officer in a motor vehicle.

Thursday, he pleaded not guilty to all of them in Mower County District Court.

Mims is accused of robbing Reed’s on 4th on June 12, Cheers Liquor store on June 19, and Ankeny’s in Austin #4 on June 24 before fleeing police and causing a shelter in place order in Lyle. Eventually, he was arrested hiding in the backyard of a house. 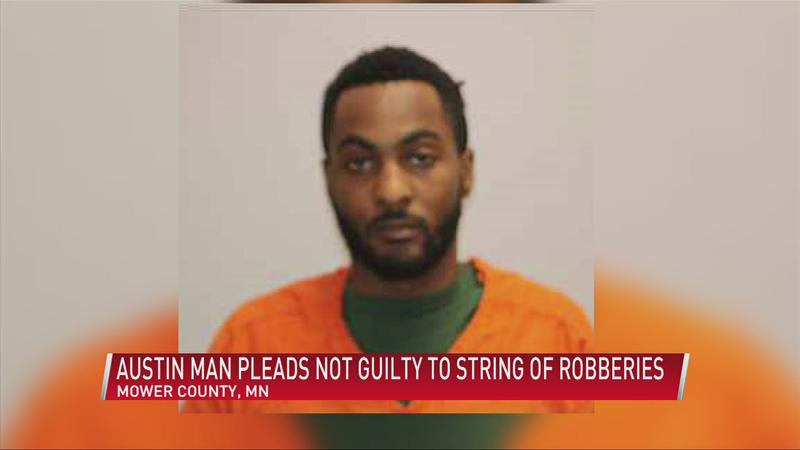 In all of the cases, he allegedly used a knife to threaten a cashier into giving him money.

Mims is also expected to be charged in robberies in Rochester.

Rochester police department said Mims has been connected with two more robberies in Rochester — one that took place June 5 at Casey’s Gas Station (1907 7th St. NW) and June 16 at the Shell gas station on E River Road and 37th Street.

A jury trial for Mims is scheduled for November 14.