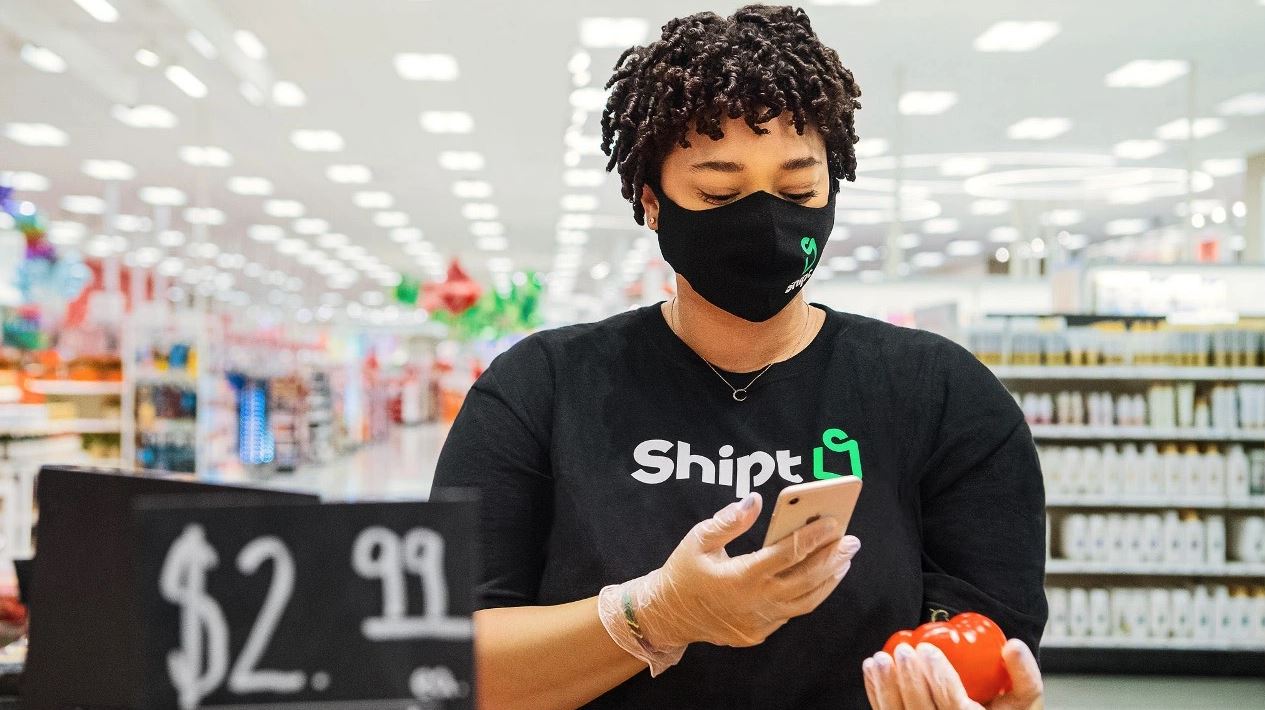 This promotional photo shows a Shipt "Shopper" picking out a tomato. (Courtesy of Shipt)

(ABC 6 News) – Minnesota Attorney General Keith Ellison announced Thursday he is filing a lawsuit against Shipt, claiming the grocery delivery service “misclassified” its workers as independent contractors instead of employees.

In a news release, Ellison alleged the Target subsidiary hires workers as independent contractors “to avoid the cost of providing them with the employment protections guaranteed by Minnesota law.” Those include minimum wage protections, sick time, overtime and the “guarantee employees know with certainty what they will be paid for the work they perform.”

“Every Minnesota worker, especially those who were essential to all of us during and after the worst days of Covid, should take home every dollar they earn under the law — no exceptions,” Ellison said in a statement. “But some companies break the rules and the law by misclassifying their employees as independent contractors, which means those workers miss out of some of the law’s most basic protections while Shipt unfairly enriches itself. That’s wrong anytime — and at a time when so many Minnesotans are struggling to afford their lives, it’s offensive,” Attorney General Ellison said.

Much like workers at other gig-economy companies, Shipt shoppers log on to an app to receive orders and can decide which jobs to take while setting their own schedule.

“Shoppers with Shipt are independent contractors, and the flexibility that comes with being an independent contractor is the primary reason Shipt Shoppers choose to earn on our platform,” Shipt spokesperson Evangeline George said in a statement. “We strongly disagree with the action taken by the Minnesota Attorney General, and we’ll continue advocating for Shoppers and the opportunity to earn flexible income across Minnesota.”

Ellison alleges Shipt shoppers aren’t true independent contractors because they’re reliant on the Shipt app to pick up jobs and have “no ability to set the terms of their work” and run their own businesses.

The Attorney General’s Office also said Shipt’s contract includes a binding arbitration agreement that bars shoppers from joining together for any disputes against the company.

“Shipt has modeled its entire business on shifting its duties and obligations as an employer from itself onto its workers, even though Shipt could not exist without its ‘Shoppers,’” Ellison said. “On top of that, Shipt has done everything it can to make sure that workers have no power to fix this unfair system of misclassification on their own. That is why the Attorney General’s Office had to step in.”

The full text of the lawsuit is available on the Attorney General’s Office website HERE.