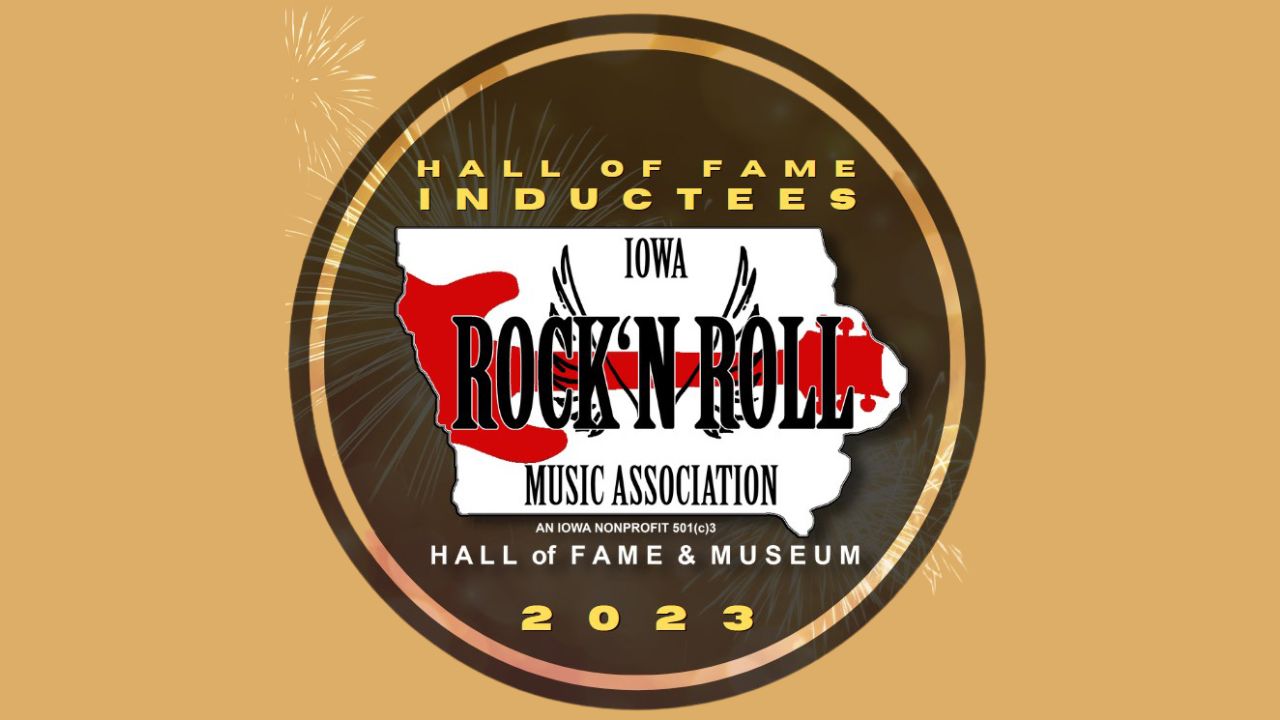 The class will be honored during the Hall of Fame Induction Spectacular on Labor Day weekend, Aug. 31 through Sept. 3.

The festival kicks off with a Rock the Roof Concert on Thursday evening, Aug. 31. The following night, a special concert will be held in the Roof Garden with The Beatles tribute band and one of the 2023 Iowa Rock Hall of Fame inductees, 1964 – The Tribute.

The Opening Ceremony and Guitar Marching Band, Autograph Party, Iowa Rocks Talent Contest and Inductee Meet & Greet will all be on Saturday, Sept. 2. The weekend culminates with the Iowa Rock ‘n Roll Induction Ceremony and Concert on Sunday, Sept. 3.

The 2023 Iowa Rock ‘n Roll Hall of Fame inductees are below:

The Iowa Rock ‘n Roll Music Association annually inducts musicians, bands, DJs, ballrooms and others who have significantly contributed to rock and roll music in the State of Iowa. Since incorporation in 1997, more than 500 entities and over 1,900 individuals have had the honor of being inducted or awarded. Inductees must have a minimum of 25 years of experience in the music industry.

Nominations are welcomed through their website, HERE. Nominations on or before September 2023 will be considered for the Induction Class of 2024.