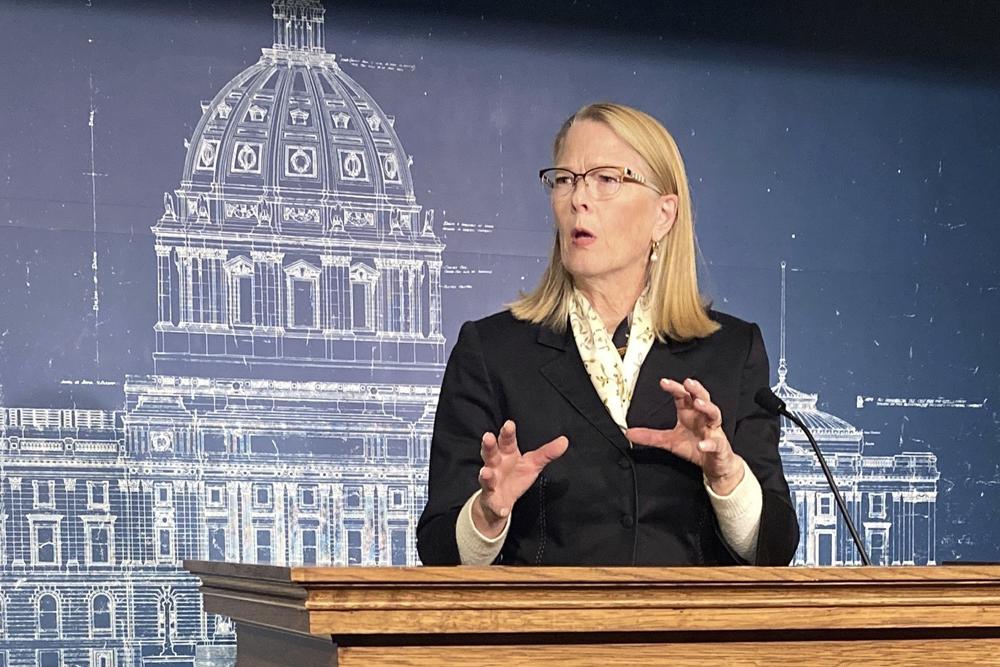 Republican secretary of state candidate Kim Crockett speaks at a news conference at the State Capitol in St. Paul, Minn., Thursday, Oct. 20, 2022, decrying ballot printing errors in four counties. Crockett said that the Minnesota Legislature should mandate that the secretary of state's office proofread every county's ballots before they're mailed out. (AP Photo/Steve Karnowski)

Trump’s endorsement on Truth Social claimed that election fraud in Minnesota is “rampant” and that Crockett would “get to the bottom of that.”

Trump has repeatedly pressed false claims that his 2020 election loss was due to fraud, even though the results have been confirmed by multiple reviews in battleground states, by judges who rejected dozens of legal challenges, and by Trump’s own Department of Justice and top officials in his administration.

Crockett has called the 2020 election “rigged” against Trump and harshly criticized Simon’s support for making voting accessible, especially during the pandemic. On Tuesday, she said she was surprised by Trump’s endorsement, and pledged that if elected her office would “be a nonpartisan operation that guards every eligible vote.”

Democratic-Farmer-Labor Party Chairman Ken Martin, in a statement, connected Trump’s false claims to the Jan. 6 Capitol insurrection, and added: “It is more important than ever that we do not allow one of Donald Trump’s lackeys into office” to continue attacking elections.