Fall color preview: Where and when to see the best foliage in Minnesota 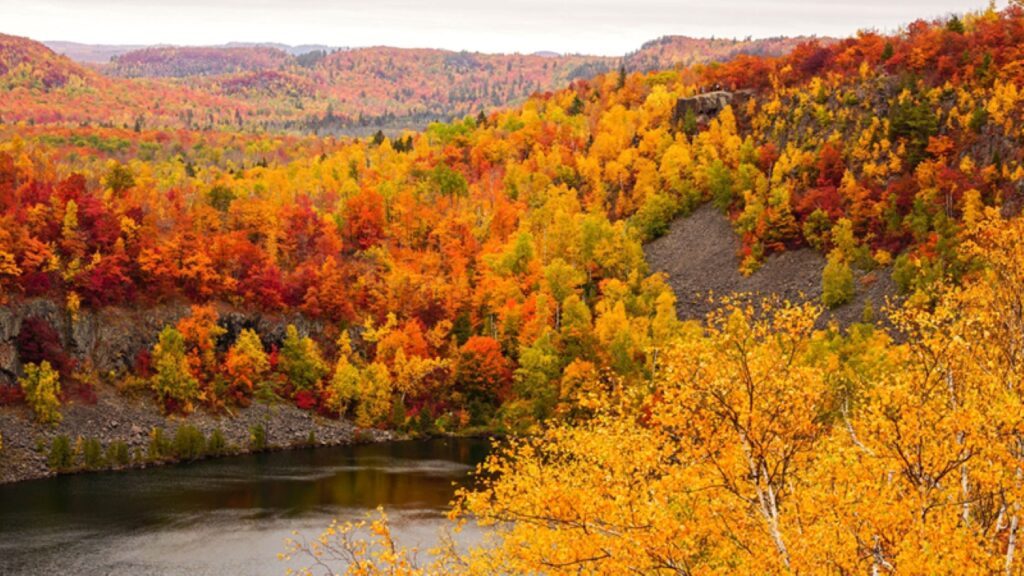 Many Minnesotans look forward to the changing colors of leaves as the fall season begins.

This year, trees primarily between the Twin Cities and Rock County in the southwestern corner of the state have been affected by drought.

So what does that mean for fall color in Minnesota this year?

For example, Cervenka says mild summer drought can increase the color in changing leaves, but warm weather can decrease the brilliance of that color.

The most brilliant color is produced when late summer days are sunny while nights are cooler, plus adequate rain falls throughout the fall season.

“While there have been occasional color changes already in some stressed trees, overall color this year should be as stunning as we have come to expect if there are sunny days and chilly but not freezing nights as we get more into the season,” Cervenka noted.

Where are the best spots to view the color of the changing leaves? Cervenka advises visiting hilly or rugged parts of the state, where hardwood trees can most often be found, allowing viewers to see the most variety and amount of fall color.

Those viewing the changing color of leaves on flatter terrain in the state will likely see mostly yellow colors plus the occasional red burst.

Cervenka notes there are many state forests and parks in which to view the changing leaves. Additionally, fall colors typically first appear in the northern parts of the state, then peak color progresses south throughout the fall.

Updates to the DNR fall color finder map will begin Sept. 12, Cervenka said, and reporting will be the same as in years past, meaning weekly updates from park officials throughout the state.https://0807b55f424f652069ebfe67f2446a8b.safeframe.googlesyndication.com/safeframe/1-0-38/html/container.html

Minnesotans who are interested will also be able to compare this year’s fall color data with the past two years, to see how the fall season can change in the state.

Those interested can sign up for weekly email updates on where to find peak fall color here. You can also find more route directions and details on the fall color drives here.