(ABC 6 News) – A Rochester man faces a second set of drug charges after fleeing an accident on Kenosha Drive.

Aden Aden, 31, of Rochester, is accused of 5th degree controlled substance possession, failure to report a collision, and driving after revocation after allegedly striking a parked car and fleeing, leaving behind more than 30 pills that Rochester police suspect contain fentanyl.

RELATED: Car flipped over in Rochester neighborhood near Costco | KAALTV.com

Aden was previously arrested June 18 for possession of the same type of pills.

During that arrest, he swallowed a handful of the pills in front of officers. 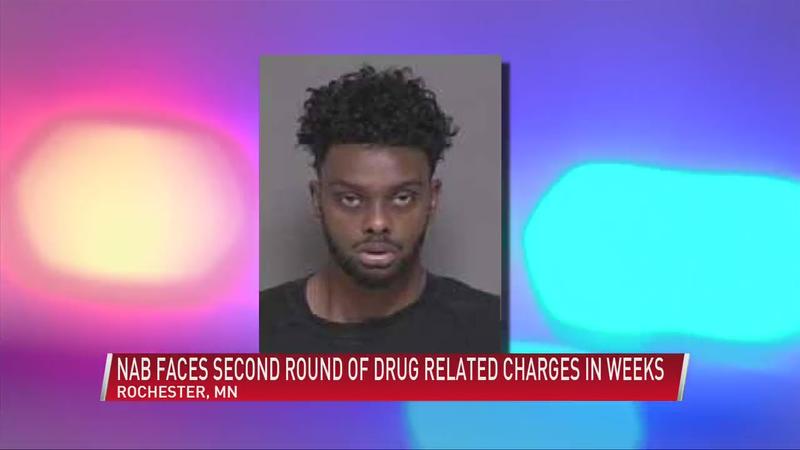 Aden is suspected of hitting a parked Honda Civic in the 2900 block of Kenosha Drive at about 3:30 p.m. July 3.

He told police he swerved to avoid an animal, hit the car, flipped his own vehicle, then panicked and ran from the accident.

Witnesses told police Aden ran from his 2015 Toyota Camry and entered a house on the 2600 block of Kenosha Lane.

Officers made contact with the residents of the house, during which Aden exited a back door and was taken into custody.

A neighbor who has lived on the street for seven years said it’s pretty rare for something like this to happen in the neighborhood and that speeding is a big issue on his street.

"It should be a 25 miles per hour speed limit is what they’ve changed these too. I’d say some people go through here 50-60 miles an hour," said Monty Lee, a resident in the area.

"We have kids in the evening that come out and play. A lot of dog walkers here. Some of the dogs aren’t on leashes and run after squirrels or rabbits, and we’ve had cars come through here. Like just zooming through."

Lee said if Aden didn’t hit another vehicle, he believes Aden would have continued speeding down the road.

Police obtained about 30 blue pills, which they suspect contain fentanyl, from the vehicle.

More pills were crushed in the impact.