(ABC 6 News) – The second day of the Olmsted County fair kicked off Tuesday with some steep competition – a cow milking contest.

Each contestant had 30 seconds to fill the bucket as much as they could.

Mayor Norton took home the Blue Ribbon. The pair had a blast and loved the friendly competition.

“We do work well together. I think behind the scenes there’s a lot of work between city and county administration, but it’s not as often that the elected officials have an opportunity to be together,” Mayor Kim Norton said. 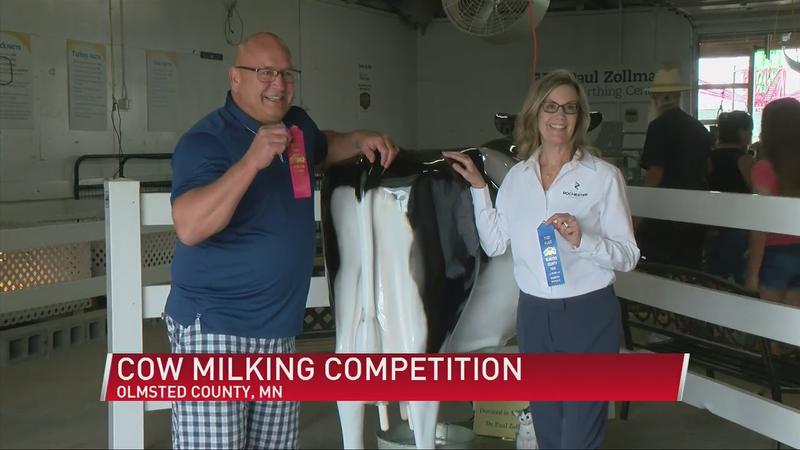 “Oh, I think it’s great. I think people want to see that we’re able to get along and communicate and do things together, said Olmsted County Commissioner Mark Thein.

Now Milkshake is not a real cow. Norton, who didn’t grow up on a farm said this worked to her advantage. Thein says that was his downfall.