(ABC 6 News) – Local law enforcement is urging parents to be extra cautious this Halloween, to make sure rainbow-colored fentanyl pills are not accidentally falling in the hands of children.

Drug poisonings remain the leading cause of death for those aged 18 to 45, with fentanyl being blamed for 66% of these cases, according to the Drug Enforcement Agency.

“Rainbow fentanyl is manufactured to appeal to kids and the really young population with the colors of it and it’s been packaged in skittles packages and other candy type wrappers,” said Freeborn County Sheriff Kurt Freitag.

However some parents on social media say this is not a real threat. 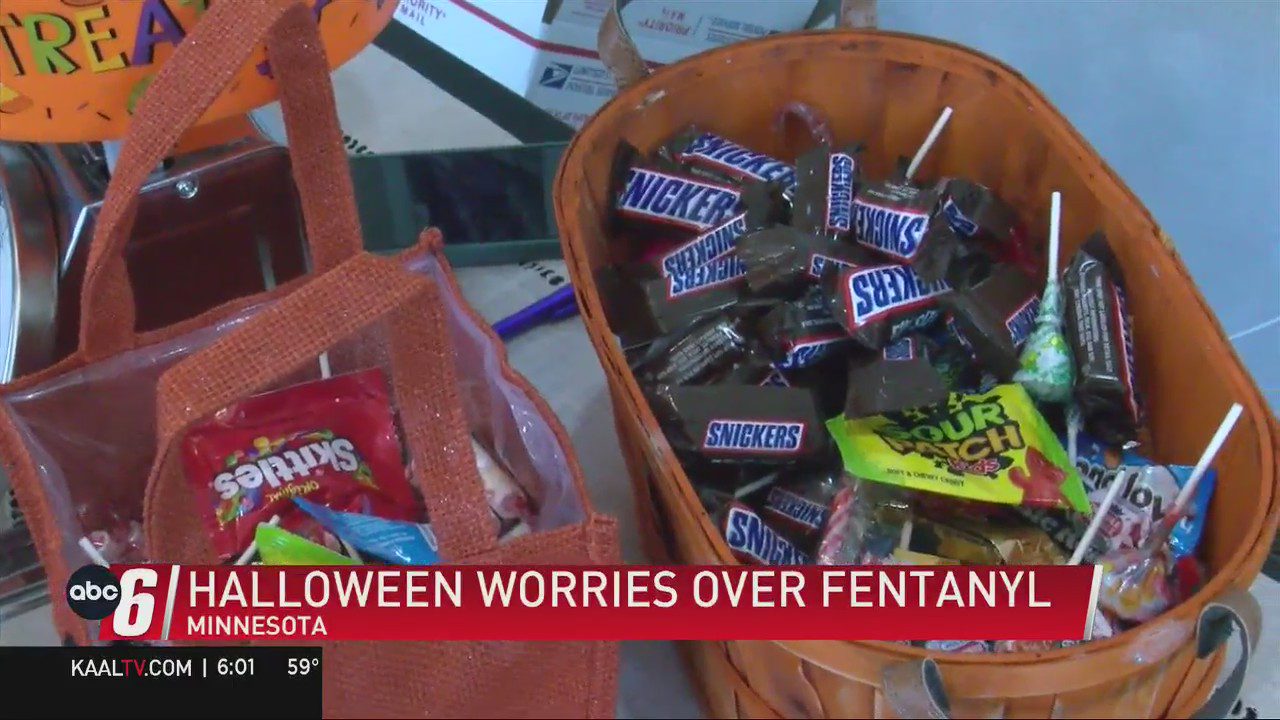 “Any kind of caution is certainly advised and to people that may find that concerning, because it may cause fear or panic, or whatever that’s not ever any kind of intention of ours,” said Olmsted County Sheriff Kevin Torgerson. “It’s just simply good common sense and being safe.”

Sheriff Torgerson, who also agrees parents should take extra precautions, says fentanyl is a real threat facing the nation, as well as the community.

Some parents say they are following what law enforcement is advising.

“We’re just gonna tell our kids to look out for those kinds of things and we make sure we check the candy before they eat them,” said Daniel Dogo-Esekie, a father of five children.

Even those who do not have children of their own say parents can never be too careful.

“If I were a parent, I would be very, very cautious during the Halloween season,” said Betsy Myhre. “You just don’t know what could happen.”

There are a number of ways parents can be extra cautious this Halloween, like checking your kids candy after trick-or-treating, making sure you know where they are going, or even taking them trick-or-treating yourself.

A question that still has not been answered is how officials plan to solve this crisis.

“Our administration has done nothing but ignore the subject,” said Debra Close. “We need to be present, we need to vote.”

Just this week, Olmsted County received its first payment from a multistate, billion dollar settlement with Johnson & Johnson, and other pharmaceutical companies. The settlement was reached last year due to the pharmaceuticals part in creating the opioid crisis.

On Monday, Olmsted County received $137,963, however the county is still unsure what the money will be used for. Over the next 18 years, Olmsted County is expected to receive $4.27 million as part of the agreement.