The auditor’s office acts as a watchdog over the state’s tax dollars and makes sure government entities spend the money correctly.

Students at North Iowa Area Community College now have a direct route to a career at the state auditor’s office. Auditor Rob Sand announced Monday that his office will now take graduates with two-year degrees, instead of only graduates with four-year degrees.

In an average year Sand’s office employs up to around 100 employees. In 2022 that number is down to approximately 85. Across the country, the Bureau of Labor Statistics reports that now there are 17% fewer Americans with accounting and auditing jobs compared to 2019.

“It makes no sense if we were actually focused on improving efficiency and improving value based decision-making, that we would take people who make decisions like that and not let them work in the auditor’s office,” Sand said. 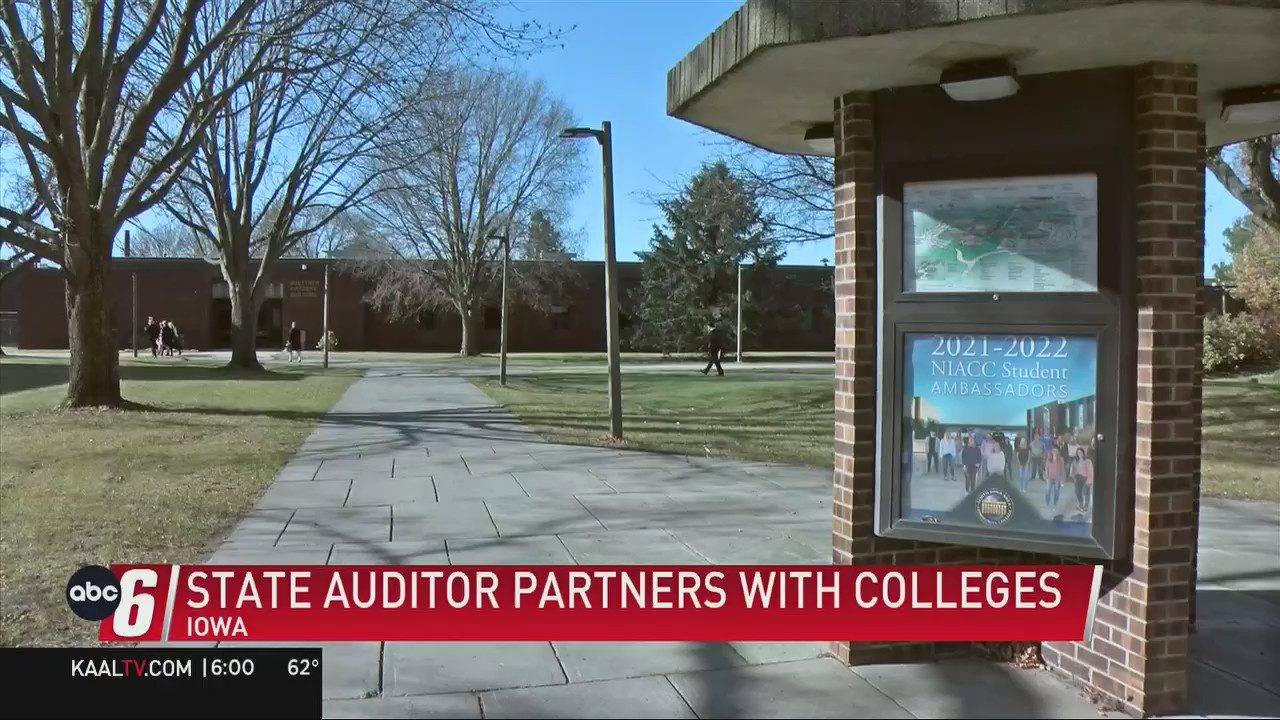 This partnership is one of many recently between community colleges and state governments, encouraging more people to look at associate’s degrees and trade schools as alternatives to university.

The goal is to alleviate nationwide worker shortages.

“How do we engage with students at a much younger age and bring them through a system that makes them well aware of these great jobs and how they can contribute and make a great living,” said Steve Schulz, the President of North Iowa Area Community College.

The college’s accounting professor says this new initiative will significantly open doors for his students, and that it mimics an industry-wide trend where private accounting firms are also opening up career opportunities to two-year degree holders.