UPDATE: Suspicious Pine Island fire one of many

(ABC 6 News) – UPDATE: The Saturday night blaze that injured a Pine Island firefighter is one of three fires at abandoned properties within a five-mile radius in the last two weeks, the Olmsted County Sheriff’s Office reported Monday.

According to the OCSO, the three fires are being investigated by the Minnesota State Fire Marshal, and are considered suspicious.

The sheriff’s office responded to the fire after Pine Island law enforcement, and reported Monday that the neighbor who called the fire in heard popping noises like gunfire or fireworks before he saw smoke coming from the building.

Olmsted County deputies had previously responded to the house on the 12,800 block of 44th Avenue NW June 9, after another resident reported ATV’s driving near the area and lights on at the condemned property.

(ABC 6 News) — The Minnesota State Fire Marshal’s Office is investigating a suspicious house fire near Pine Island. It happened around 11:00 p.m. on Saturday, October 8 on the 12800 block of 44th Ave NW in Oronoco Township.

According to the Pine Island Fire Department, someone driving by the property called 911 after seeing smoke coming from the home. By the time fire crews got there, the house was engulfed in flames. Crews had to bring in extra water trucks, and they worked until about 3:00 a.m. on Sunday putting out the fire. One firefighter was sent by ambulance to Mayo Clinic Hospital’s Saint Mary’s campus for injuries, and had to spend the night in the hospital. That firefighter’s condition is unknown at this time.

In a press release, the Pine Island Fire Department said that the home was believed to be vacant, but because of the location of the property, the cause of the fire seems suspicious.

“Our issue is that we’ve been responding out to, into Oronoco Township over the last year for a number of different fires that you know are just peculiar, and you can’t always say outright that they were cause by arson or anything like that.” Third Assistant Fire Chief David Friese, of the Pine Island Fire Department said. “But, one of the neighbors had came down, and he had said the same thing you know that people have been coming and going from that property. 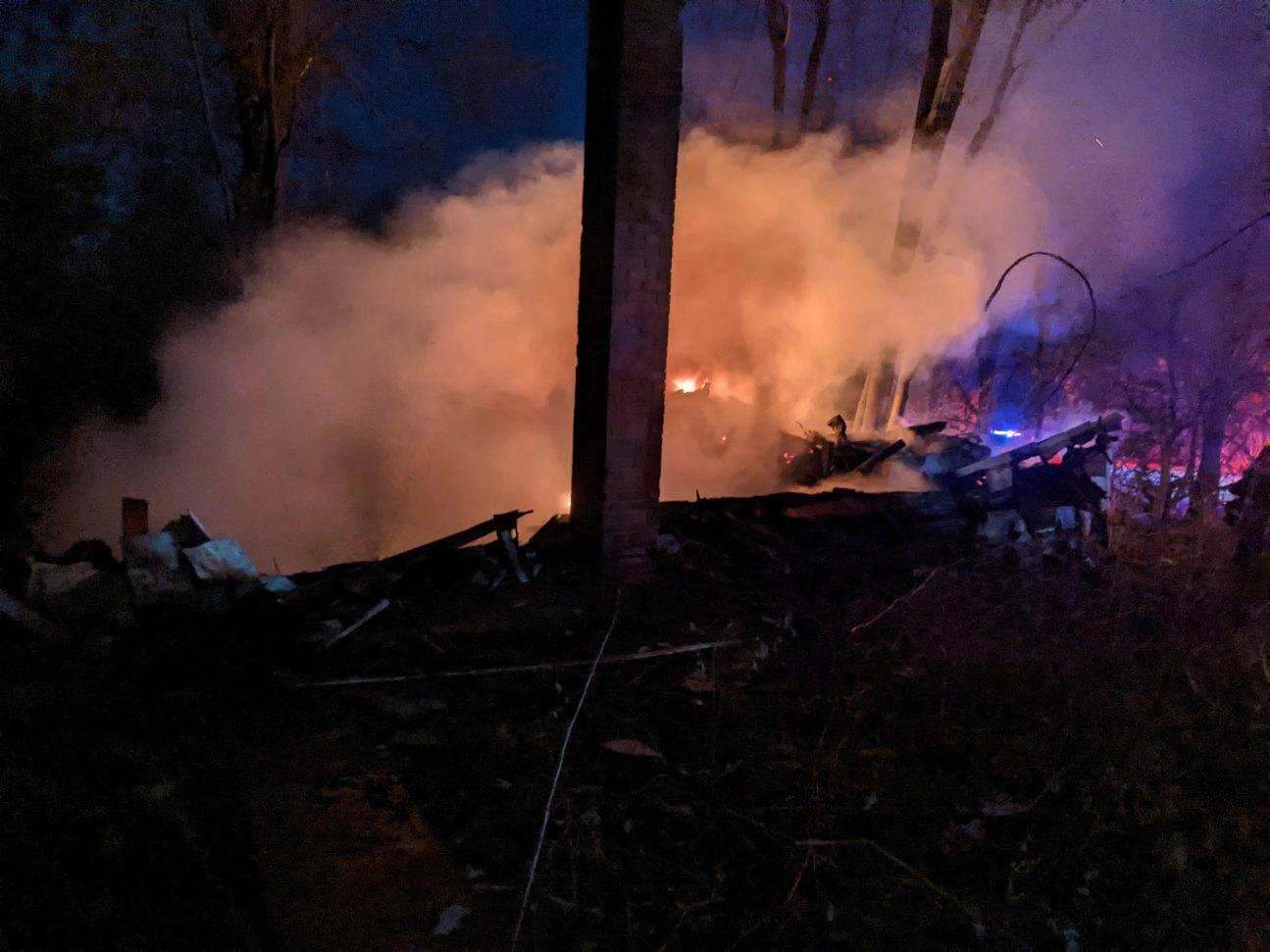 “Whether or not someone out there incidentally started the fire, we don’t know.”

The Minnesota Fire Marshal’s Office is helping in the investigation.