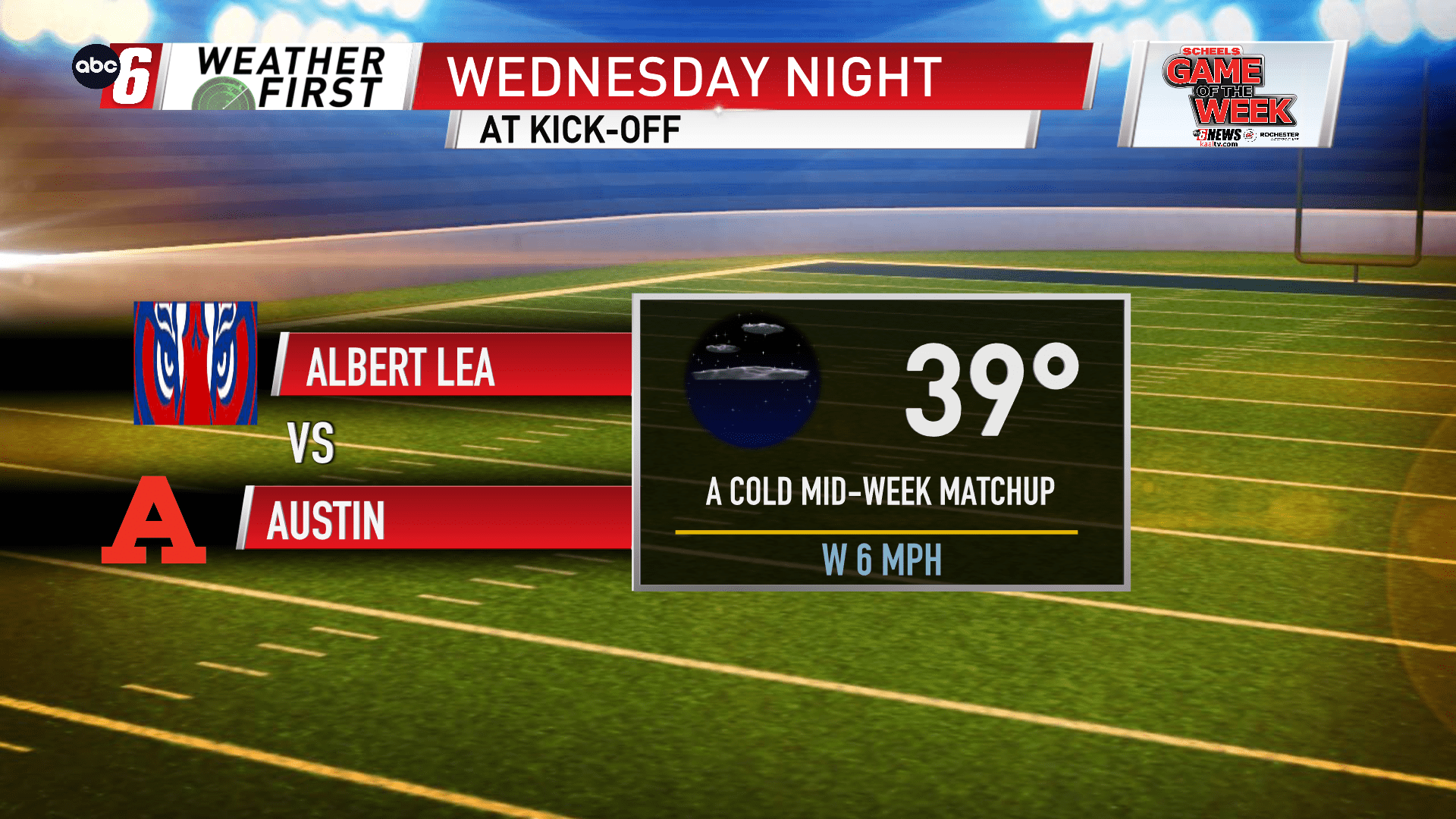 There will be plenty of fans and players alike wishing this week’s edition of prep football was on Friday vs tonight. Temperatures are on a warming trend but this week is still a bit on the chilly side. Game time temperatures will be near 40° and fall back through the 30s throughout the game. Wind will be light but out of the west under a mainly clear to partly cloudy sky.

Friday would have been in the upper 50s had games in Minnesota be played at the same time.