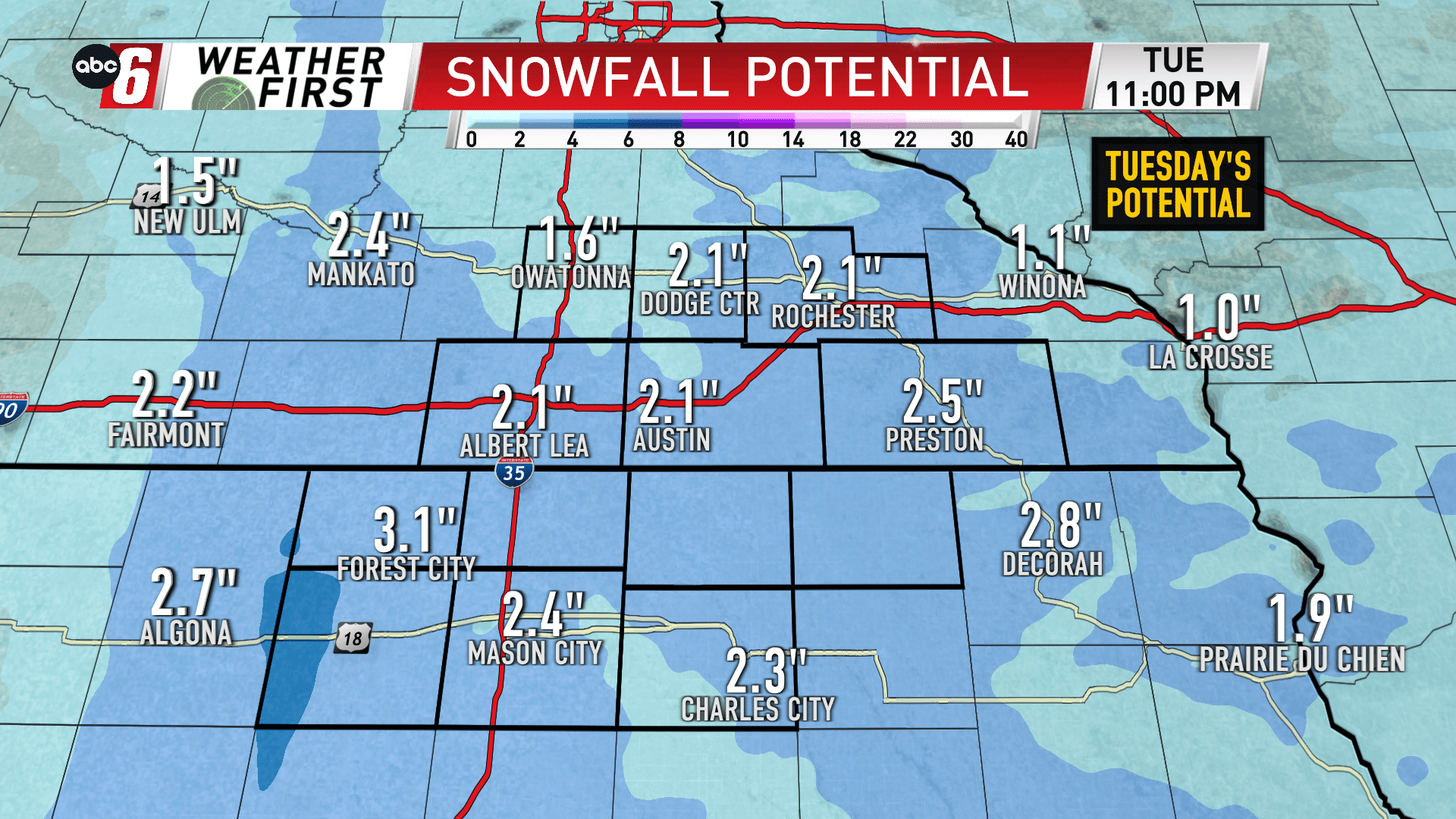 Another wave of energy arrives from the south for Tuesday into Tuesday night. It’ll spit more persistent light snow throughout. It’ll build in from south to north from sunrise through mid-morning. The steadiest will occur from mid-day into Tuesday night. In the end, we’ll have expected totals amount to 1-4″ of snow. The heaviest end of that range is most likely along and west of I35. But everyone should pick up enough to create some slippery roads. Untreated surfaces were a mess on Monday. I’d expect much of the same on Tuesday. Thankfully the wind isn’t much of an issue. Take things easy and you’ll get to your destination.

Light snow showers will continue into Wednesday, especially the first portion of the day. Either side of 1″ looks like the target zone for most.

Beyond, Thursday and Friday, still some flurries or very minor snow showers will be out there, but accumulation will be scant.