Travel impacts from snow and wind 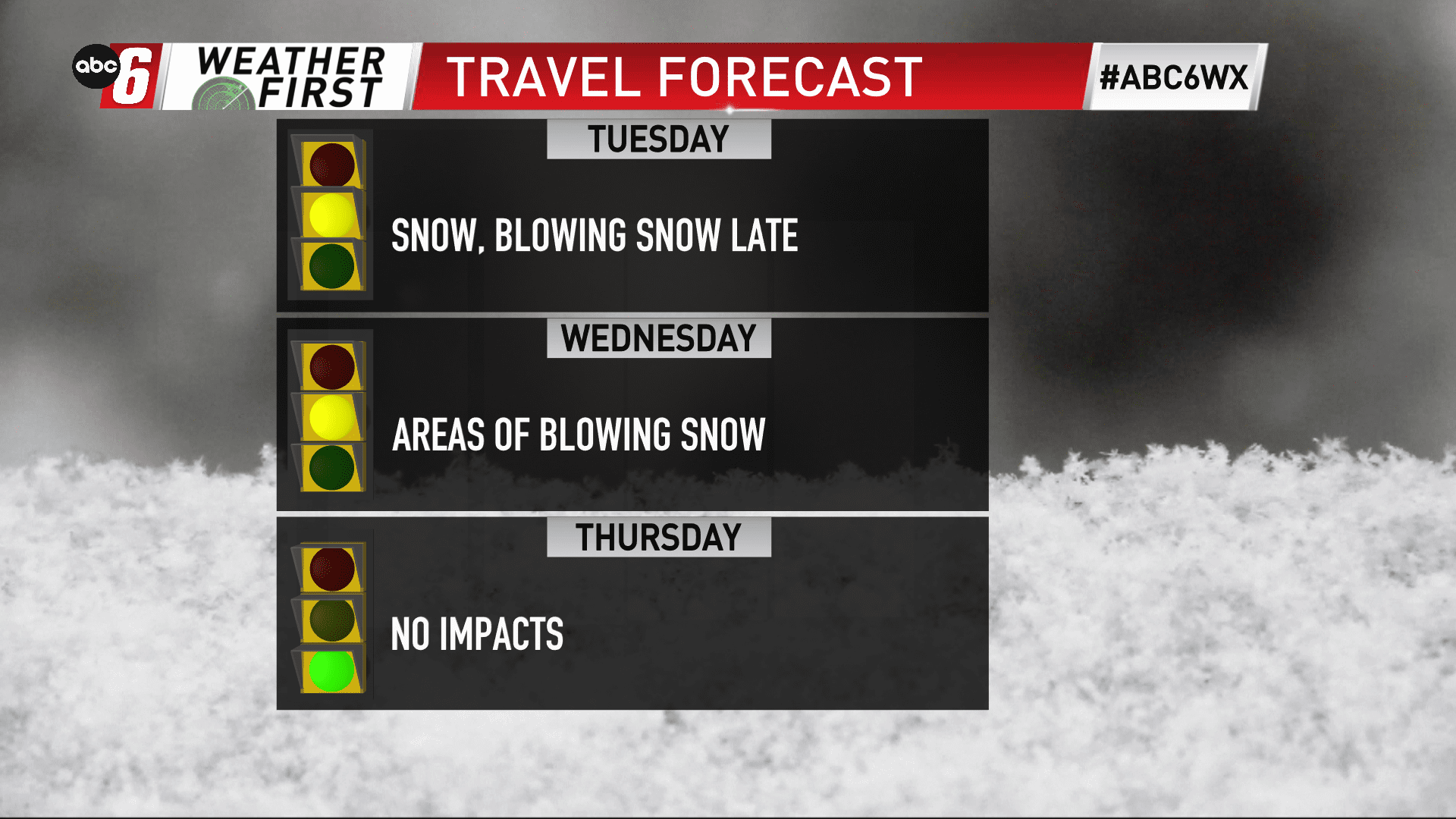 The travel scene will be slowed from Tuesday morning through Wednesday. The worst of the travel will change based on timing and conditions being experienced.

Snow will fall through much of the day on Tuesday. But a brief window of minor icing is possible in the morning, especially to the east. Visibility may drop under a mile while the snow falls and snow covered roads are likely. Some spotty areas of ice are possible too.

Wind begins to pick up Tuesday afternoon but won’t be the strongest until Wednesday mid-day. The wind will likely lead to some areas of blowing snow in flat, open areas. Given zero snow pack on the ground and wet/clumpy consistency of snow that falls on Tuesday, widespread issues may not transpire. That said, some stretches of snow covered roads will be possible. Visibility should stay generally okay.