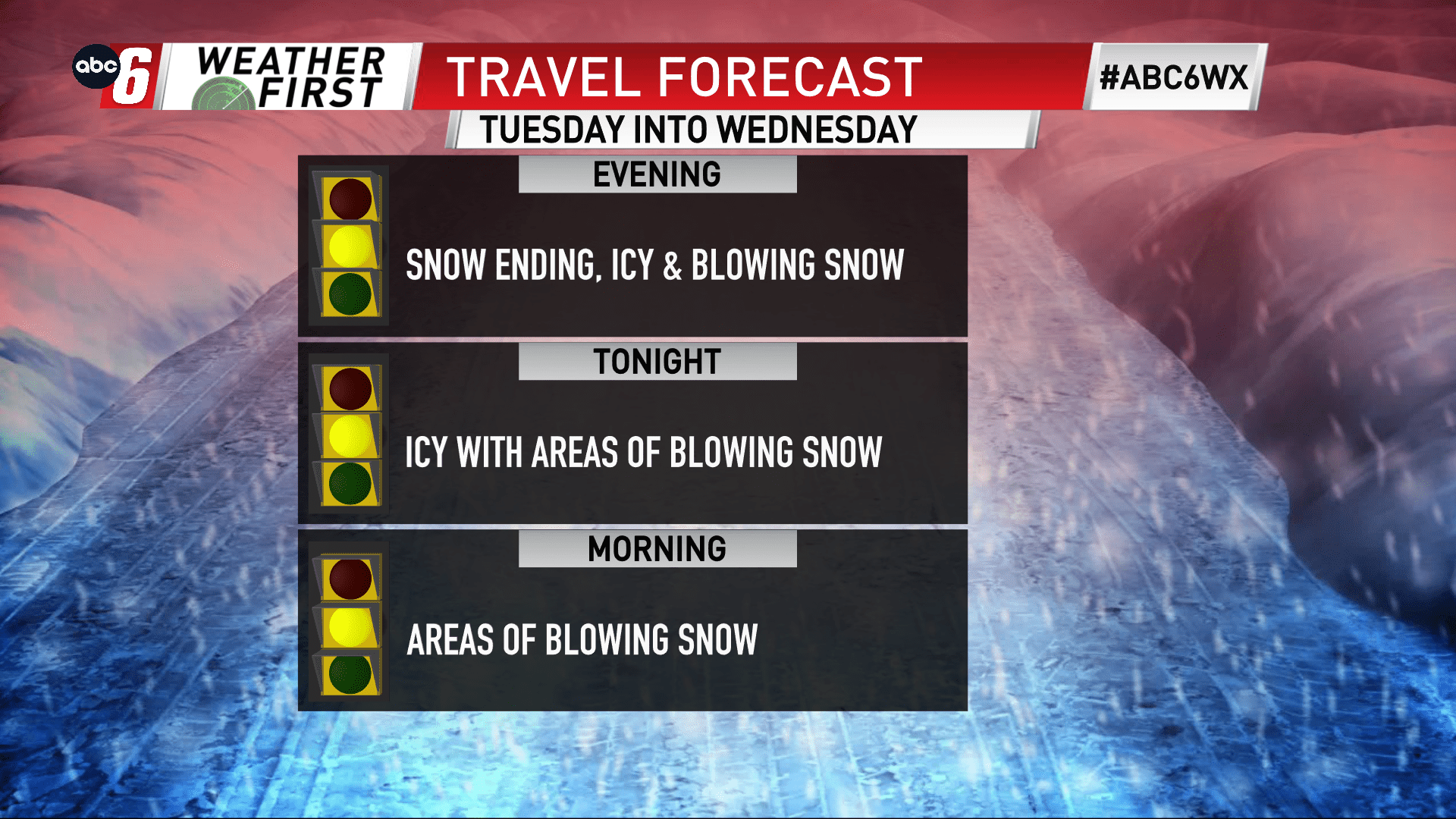 Roads are treacherous Tuesday evening and night. Icy stretches are common and there are also rural areas where blowing snow is occurring over the highway. Be ready to slow down. There have been numerous spinouts and accidents, stand stills at times across our states.

Areas of blowing snow will likely still occur on Wednesday, mainly in the areas along and north of I90 that saw the most snow on Tuesday. W/NW wind gusts reach 30-40 mph at times. I don’t believe we’ll have enough snow on the ground for major visibility impairments, but snow on the highways is possible. It won’t be constant on the drive but isolated stretches will likely still have areas where snow encroaches on the highway.