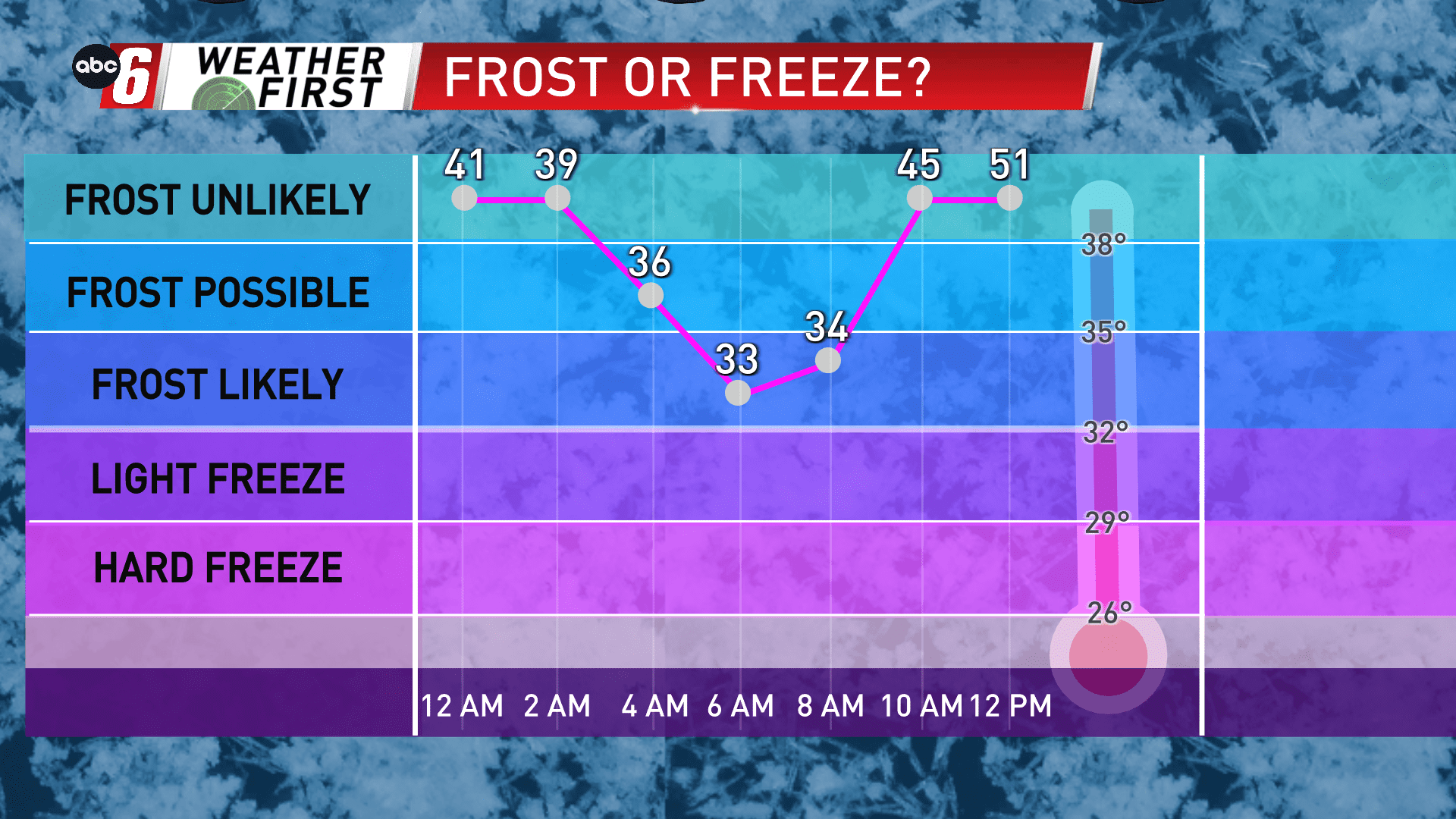 A clear sky tonight and a wind that goes still calm will provide an early season nip of frost and perhaps the first freezing temperatures of the season for us. Both of these typically happen over the next week in any given season. But we haven’t seen a freeze this early since 2012 when it happened on September 23rd. The 30 year average is October 4th.

Either way. As frost sets in after midnight, you’ll want to make sure to get those plants inside or covered up. This does have the chance to make a significant impact on the plants left outside unprotected. You’ll want to do so as there are plenty of warm temperatures ahead in the next two week stretch to enjoy the garden and beauty a little longer.

A Frost Advisory is in effect into Wednesday morning.