First flakes of the season 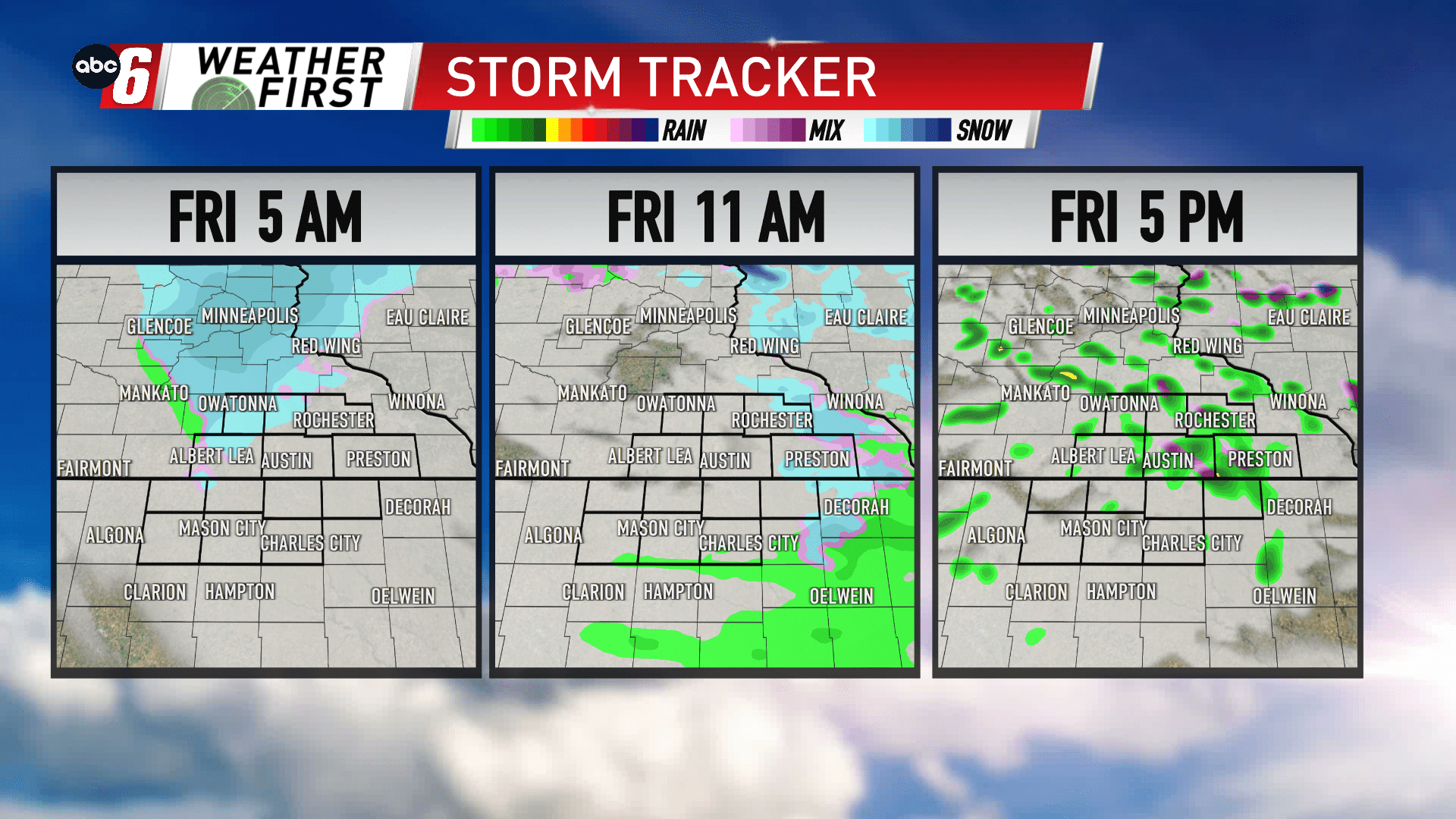 The first few flurries of the year flew for several communities on Thursday. They’ll continue (mixed with a few raindrops too) for Friday. At times around sunrise, a band of snow descending from the north may just dip far enough into SE Minnesota to produce a faint dusting of accumulation on the ground. At 0.1″, that makes for the first measurable snow of the season should we see it. That’s running well ahead of the the typical first measurable snow by nearly four weeks. Last season, it took another full month before that first coating of white fell.

It’s no guarantee and it’s also not going to be a fuss if we do see it. It’s much to warm on the pavement to create issues. A few raindrops will mix in as temperatures warm, but we are provided very little in the way of anything measurable.