A race against the rain on the gridiron 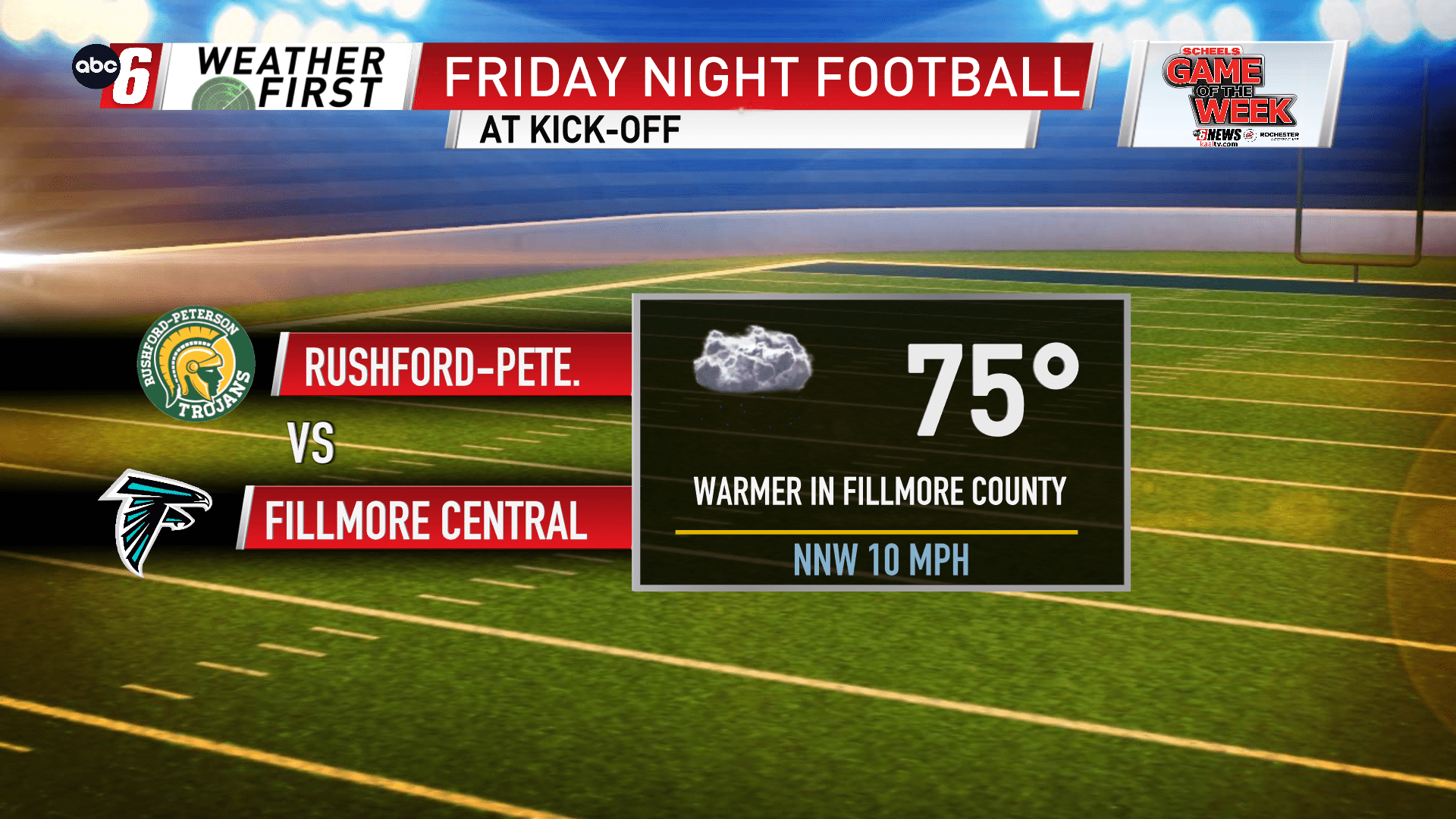 Last week’s games had a clash with showers and thunderstorms. This week’s edition of Friday Night Football will be more of a race before rain arrives. Good news though, I don’t see a scenario that postpones games like what happened a week ago.

A slow moving cold front is on the way. But it’s a late arrival. A stray shower is possible at game time north of I90 but may hold off until after southeast of the interstate.

Our Game of the Week this week is Rushford-Peterson vs Fillmore Central. There’s a huge split on the temperatures this week. Fillmore County will be a bit warmer seeing more sunshine through the day. At Game time in Preston, temperatures will be in the mid 70s. Upper 60s take over by the end of the game. If there’s a shower in Preston it’ll occur later in the game. Game time temperatures will range from about 66° in our northwest and potentially as warm as 80° in our southeast.