Windows broken at three Rochester businesses within minutes of one another

ROCHESTER, Minn. (ABC 6 News) – The Rochester Police Department said windows were broken at three businesses in northwest Rochester Tuesday morning all within minutes of one another.

At 4:42 a.m. officers were called to the Holiday Gas Station on 37th St NW. Police said it appears someone used a large hook or c-clamp to break a pane of glass.

A few minutes later, police received an alarm call at Enterprise Rental across the street. Officers found a front window that was broken the same way as the gas station.

Officers were called for a third time around 5 a.m. to a Casey’s at 4500 Service Drive NW for a front window that had been broken similar to the first two. 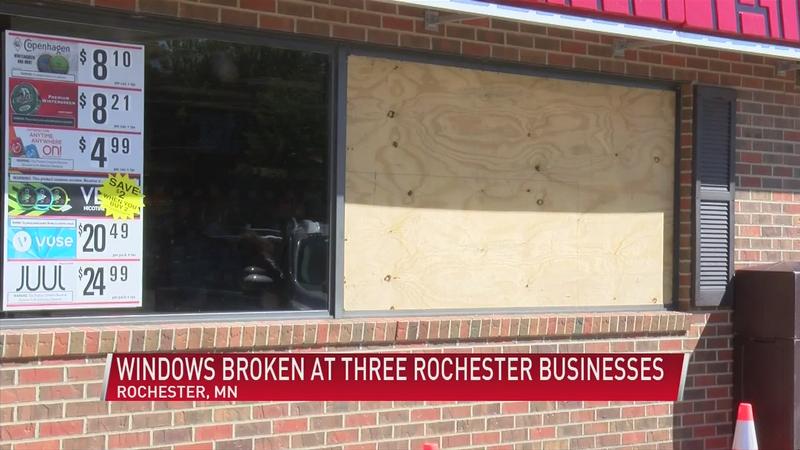 Police said they aren’t sure if this was an act of vandalism, attempted burglaries or the men testing alarm systems.