(ABC 6 News) – The pandemic supply chain crisis is affecting everything from the transportation industry to the prices of our groceries. Here in southeast Minnesota, industry experts say it is all stemming from staffing shortages — especially in trucking.

Local transportation experts said the industry does not get the respect it deserves. Most of our goods are delivered by truck drivers.

"Virtually everything at some point touches a truck," Jack Ziebarth, the chief operations manager for the Lawrence Transportation Company, said.

He said there are not enough people becoming truck drivers anymore because life on the road is just not as appealing as it used to be.

"It’s a tough life, you know? You’re dealing with truck stops, you’re sleeping in a space the size of a small walk-in closet, you’re by yourself," Ziebarth said. 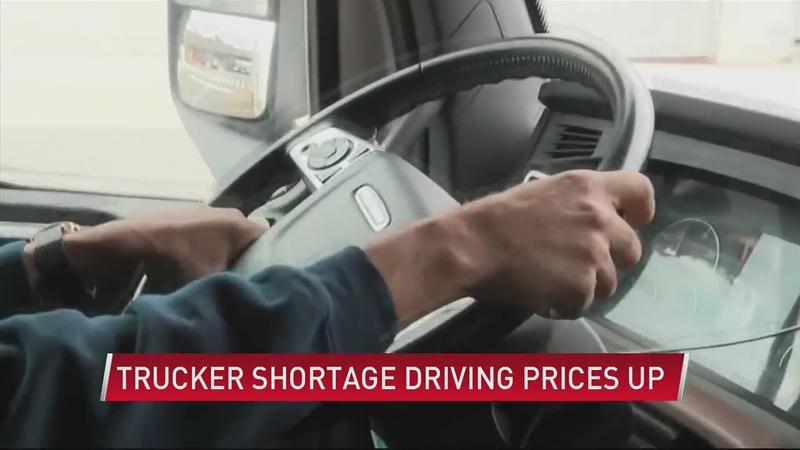 The American Trucking Association reported the industry was already short 60,000 drivers before the pandemic hit. That number has only increased because of drivers retiring and not being able to train in new drivers since trucking schools have closed, according to the ATA.

To make the job more appealing, companies are offering more money than ever before for new truck drivers.

"I would think within four to five years tops, if not sooner, truck drivers are going to make $100,000 a year," Ziebarth said.

Because driver’s wages keep rising, so too, are the prices of the goods they transport.

"I think domestically because the truck driving shortage is such an issue, we’re going to see issues all the way through 2022," Jim Monkmeyer, the president for the DHL supply chain, said.

Transportation Secretary Pete Buttigieg said his department is working with state DMVs to speed up the approval of commercial drivers’ licenses for truckers, but he acknowledges more needs to be done.