The future of the riverfront space near the Zumbro River

(ABC 6 NEWS) – On Friday, people in Rochester had a chance to see plans for the downtown riverfront small area plan by the Zumbro River.

The City of Rochester and Destination Medical Center are working to bring changes to the Zumbro riverfront space.

The design team was at the open house to answer any questions about the current plans in the works.

"Parts of this site are inaccessible or not handicap accessible or universally designed. So the intervention that the framework that emerges will actually try to reconcile some of those challenges and shortcomings while creating a new relationship to your river. This is where the city origin point began," David Gamble with Gamble Associates said. 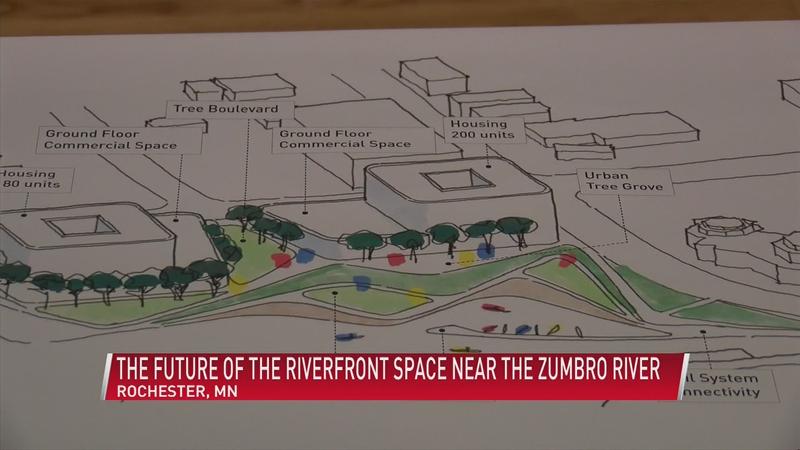 So far they’ve looked at adding a market hall, an outdoor dining area, and a kayak launch.

They expect to start some work this summer, but designers said it will be a few years before we start to see changes with the space.