Police said a 17-year-old driving east in a Ford Escape crossed the center line hitting the bus head-on. The bus driver saw the SUV entering the lane and was able to slow down prior to the crash.

The 17-year-old went to the hospital with non-life-threatening injuries. A young boy riding on the school bus received minor injuries to his leg and face but was not taken to the hospital.

The teenage driver received a citation for driving left of center and will be recommended to the State of Minnesota for a driver evaluation. 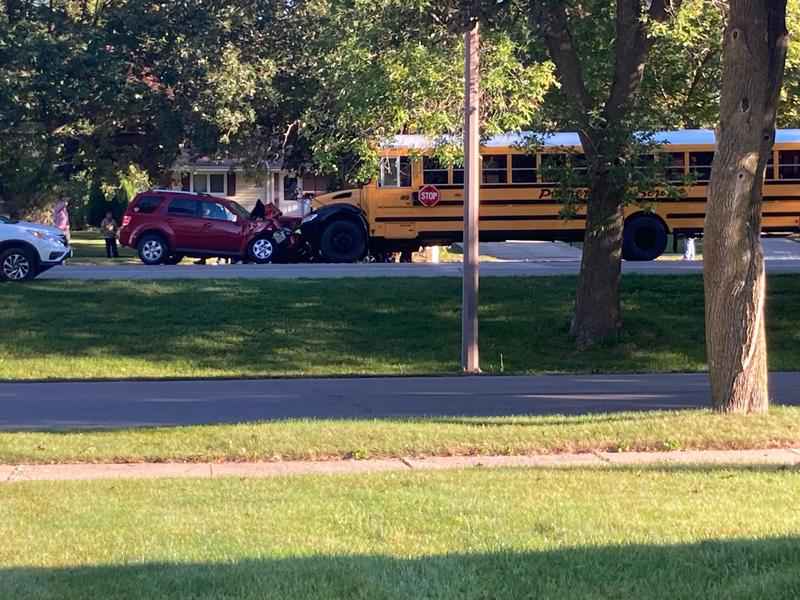 Police tell ABC 6 News only three people were on the bus at the time of the crash, the driver, a student and a bus aide.

Both vehicles were towed from the scene.