(ABC 6 News) — The St. Charles Saints softball team continued to prove they have Chatfield’s number as they beat them for the fourth time out of five meetings dating back to 2021.

It was a battle of two of the premier teams in Class AA but the Saints’ bats got hot for the second straight home game as they got the 10-1 victory.

St. Charles has now scored 19 runs in the past 2 games and are averaging 9 runs at home.

The Saints could have won the game via mercy-rule in the 6th inning when Madison Williamson hit a shot into left field that went over the fence, and should have been a 2-run homer but the umpires called it a ground rule double.

It would have been Williamson’s first home run of the season, and the ensuing RBI single from Kaitlyn Chuchna would have ended the game. 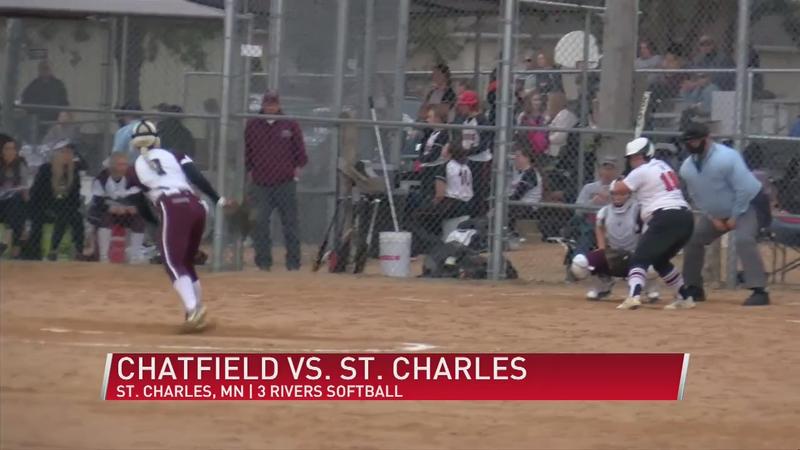 Nevertheless, the Saints stifled the Gophers in the 7th inning to pick up the win.

ABC 6 News spoke to Coach Gust afterward, who asks that fans focus on the game rather than the umpire’s call and that it shouldn’t take away from a win for fans of Saints softball.