(ABC 6 News) – As people continue to clean up after Tuesday’s storms, one Spring Valley resident is picking up the pieces Wednesday afternoon.

Driving around Spring Valley, many yards were full of tree branches and debris, some more than others. Burak Bingollu said he wasn’t expecting Tuesday night’s storm warning to be as severe as it was. Around 11 p.m., he said he heard the tree start to break in his front yard. Then, branches fell and hit his vehicle as well as his RV.

"I felt like my window was a full 55-inch screen TV and I’m watching the news out there, it was that bad," said Bingollu who lives in Spring Valley.

Bingollu said it all happened within about 20 minutes. He doesn’t know how much it will cost to fix the damage and he is in talks with his insurance company. 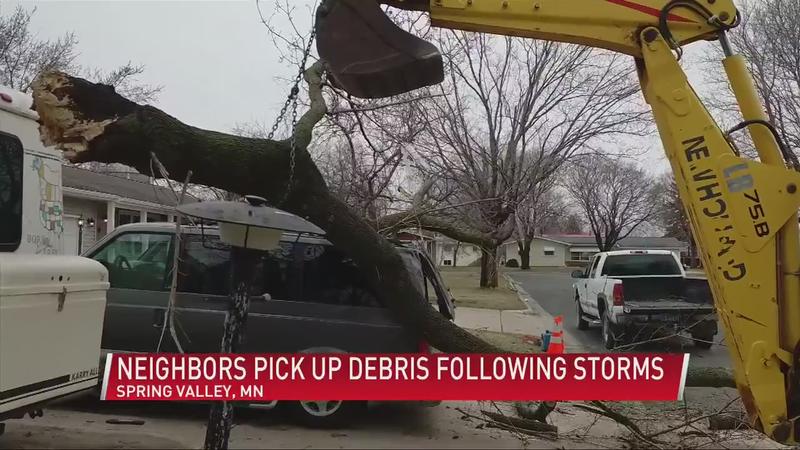 "It depends on the coverage because this is an act of nature, an act of God. Sometimes it’s not included in the coverage. It will cost something, this is not free."

One of Bingollu’s main concerns was making sure the road was clear for his neighbors.