(ABC 6 News) – Minnesota Senator David Senjem announced he will not be seeking re-election to the Minnesota legislature.

Sunday night, Senjem attended his 20th State of the State address. There, his colleagues gave him handshakes and high-fives as he took his seat on, what he called, a historic night.

Senator Senjem was first elected in 2002 and has been re-elected six times. He was briefly the majority leader and the minority leader and was also chair of important committees like the Senate Capital Investment Committee.

Senjem helped open the Southeast Regional Crisis Center and was an advocate for mental health.

"I’ve been so blessed to have been able to do so many things up here. You miss it. You miss the people. My goodness sakes there are friends in here that will last a lifetime," he said of his time at the capitol. 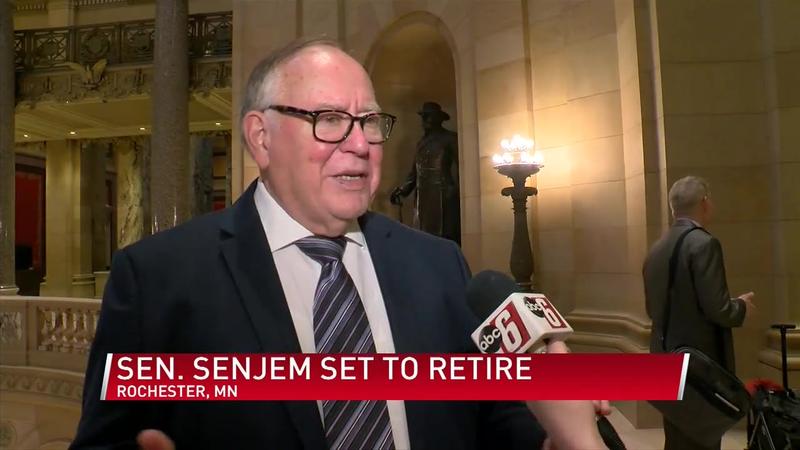 Senjem still plans to find some way to serve the people of Southeast Minnesota, and can’t imagine himself stepping away from public policy for long. However, he has no specific plans at this time.