In a statement on Thursday morning, Sen. Klobuchar shared that in February doctors at Mayo Clinic found small white spots called calcifications during a routine mammogram.

After this was found, she had a biopsy in Minneapolis and learned she had Stage 1A breast cancer.

Sen. Klobuchar went through a number of other tests and returned to Mayo Clinic to have a lumpectomy to remove the cancer. She completed a course of radiation treatment in May and after additional follow-up visits, it was determined in August that the treatment went well.

In her statement, Klobuchar shared how thankful she is for the doctors and nurses that helped her. 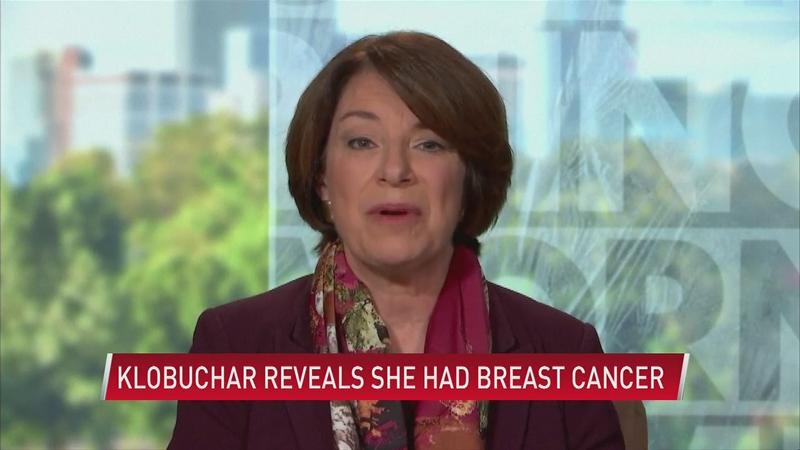 She wanted to call attention to the fact that many people have delayed their physicals and routine examinations because of the pandemic. She encourages everyone to remember the value of routine health checkups.

You can read her full statement here.

I wanted to share an update about my health. https://t.co/0yGWuw4OKV