(ABC 6 News) – For some schools, it has been a while since there has been a homecoming, but on Friday the celebration was on in Austin.

Students attended a homecoming pep-fest on the east lawn of AHS, followed by an afternoon parade. Robert Poblocki started teaching at Austin High back in 1969 and says even after all these years, homecoming is one of his favorite times.

"I love it, I love it, I still miss being in the classroom, that’s the best place in the world," Poblocki said.

Other Homecoming events tha took place this week include Coronation Ceremony, the annual Distinguished Alumni ceremony as well as the annual Battle of Connects.

The Austin Packers are hosting the Rochester Century Panthers, with kick-off at 7 p.m. at Wescott field. 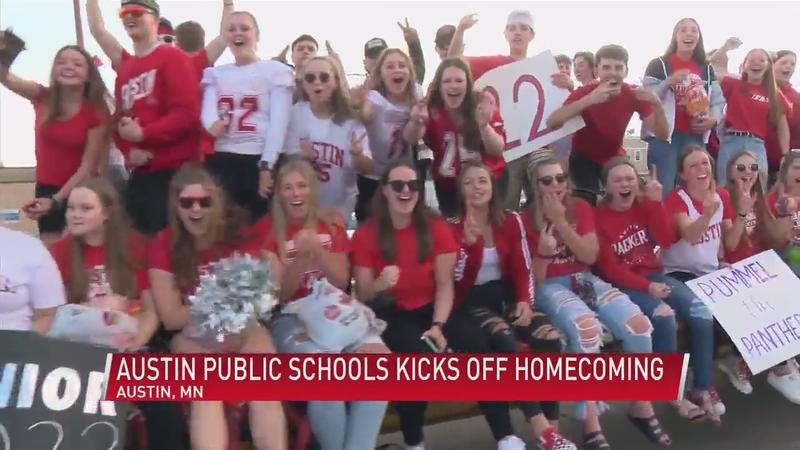