(ABC 6 News) – A big part of public safety is the men and women who serve and protect our communities.

Chief Jim Franklin says he could not be more proud of his police department and the officers who put on the uniform every day.

"I get to see it every day i think the benefit of this ceremony today was that the rest of the public got to see it as well and understand the complexities and difficulties of the job of the American police officer today which is a very difficult job," said Rochester Police Chief Jim Franklin. 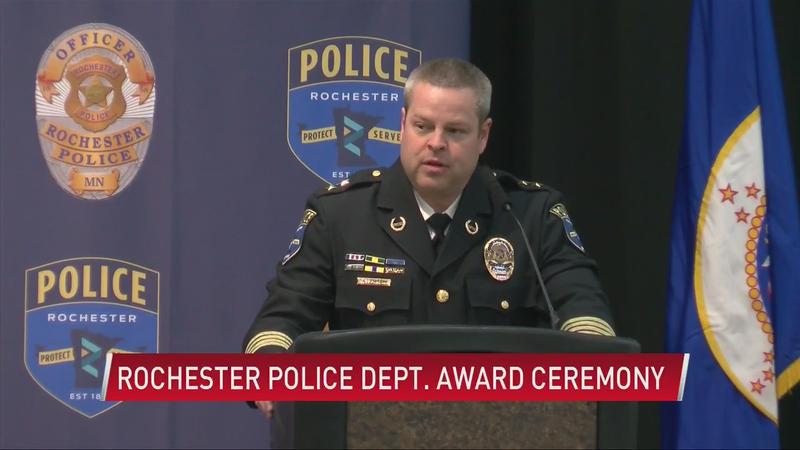 The Rochester Police Department currently has about 150 sworn officers.

Letter of Recognition: Awarded to an individual who distinguishes themself for an act or achievement that is beyond the normal performance required of that person, and which reflects well upon the department and community.

Commendation Award: Awarded to an individual demonstrating exemplary performance of their normal duties, or for outstanding accomplishments in the areas of improved operations.

Lifesaving Award: Awarded to an individual who saves another person’s life.

Valor Award: Awarded to a sworn police officer for acts of outstanding bravery or heroism in the line of duty.