Rochester woman praises the kindness of strangers for saving her life

(ABC 6 News) – A Rochester woman says she’s alive today because of the bravery and kindness of strangers, after her mobile home caught fire two weeks ago.

"Everybody tells me it was like an angel all of a sudden," said Rosa Castellanos.

She said she was asleep in her bed when her home caught fire.

"When I got into the hospital is when they woke me up and she told me the house had burned down. That’s how I found out that some kids, some gentlemen, had got me out of the house," said Castellanos.

She didn’t even know her rescuers, they were strangers just driving by when they saw smoke coming from the home. 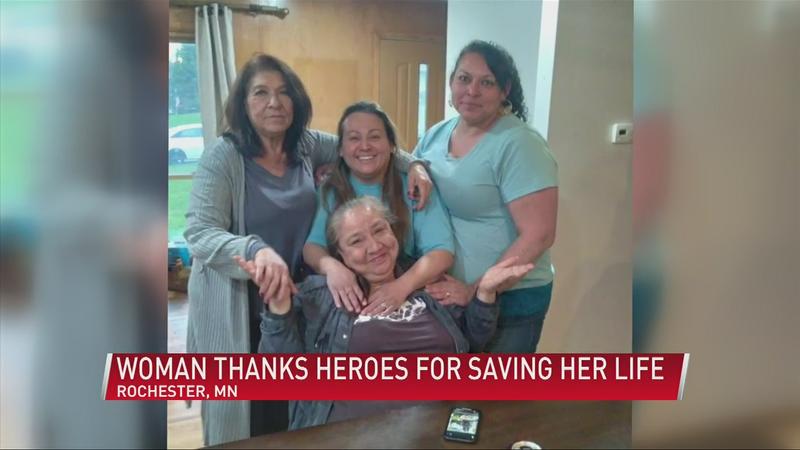 "They seen nobody was outside so they decided to make sure there was nobody inside the home, which I’m grateful they did. Anybody else would have just waited for the fire department," said her daughter Isabel.

By the time Isabel arrived at the house she said she thought she had lost her mother. "I literally fell on my knees and from there I lost it, I don’t know what happened," she said.

That was, until she heard someone behind her. "I heard a voice that said she’s okay," said Isabel, "When I saw that fire I thought I had lost my mother, I felt I had lost my life, and because of them they gave me my life back."

Rochester fire officials say the home is a total loss.

"Everything that I owned was gone and I don’t even know how it started," said Castellanos.

But she says one saying keeps her going, "When one door closes another door opens," and Castellanos said she has faith another door will open soon.

Her granddaughter, Victoria Schultz, has started a gofundme to help with the rebuilding process. They hope to reach $75,000, the total cost of the damage from the fire.

ABC 6 News spoke with one of the men that rescued Castellanos, he said he helped her because it was the right thing to do and that he’s thankful he was in the right place at the right time.