(ABC 6 News) – A case before the Minnesota Supreme Court argues that Minnesota law has no rational basis for denying felons who are no longer incarcerated the right to vote.

The MN Supreme Court heard arguments earlier this week in the American Civil Liberties Union’s (ACLU) lawsuit to end voting restrictions on more than 50,000 felons on probation in the state of Minnesota.

ABC 6 News spoke to Next Chapter Ministries in Rochester, a prison ministry, meaning they work directly with families that are coming out of incarceration.

Executive Director Courtney Dugstad says there are about 63,000 people in Minnesota alone that are unable to vote because of their criminal records.

"This felony could’ve taken place over a decade ago. It could be taken place 20, 30 years ago it doesn’t matter. You could’ve made a mistake as an 18-year-old and at 65 you still can’t vote, right? So, there’s no time constraint on once your voting rights are stripped, they’re stripped," Dugstad said. 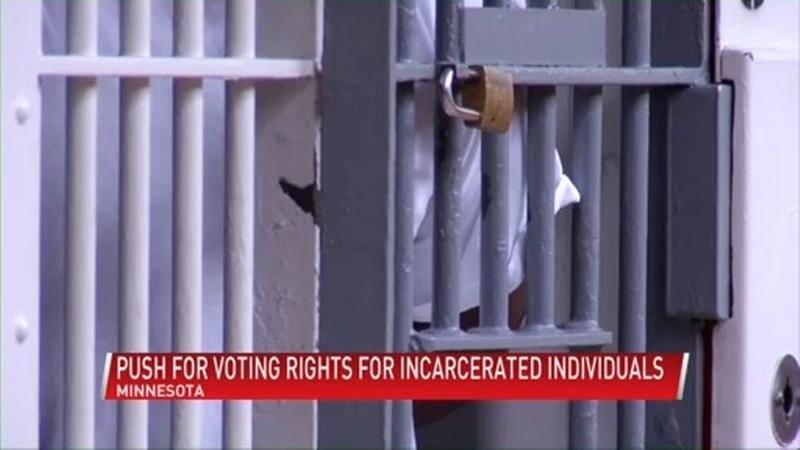 Recently federal lawmakers passed the Second Chance Act. In it individuals can have their criminal record expunged, or erased completely, if it was a low-level crime. That would cost anywhere from $5,000 to $10,000.

"Because it isn’t just major elections. You lose the right to vote for everything. So, you’re even talking about decisions made about your children in the school system. You no longer have a right to have a say in that. That’s pretty powerful," Dugstad said.

This is not just a push for those who are currently incarcerated. It’s also those who have served their time set by the state of Minnesota for the crime that they committed.

Both Secretary of State Steve Simon and Minnesota Attorney General Keith Ellison personally agree that waiting until people clear probation or parole before voting rights are restored is actually counterproductive to the goal of rehabilitation.